A new 10.1-inch Android 7.0 Nougat Verizon tablet have just been given its FCC approval, and should be sold by Verizon later this year.

It seems to be called Verizon Q-TAXI-A1, or QTAXIA1 if you will and is made by Quanta Computer. It has some decent specs with budget components. The processor on the final model can be both an octa-core MediaTek MT6755 or an MT8785 processor, and it has 3GB of RAM, and 32GB of storage.

Battery capacity is rated with an average of 9300 mAh from a Li-ion battery, and this Verizon tablet naturally features 4G LTE, but also dual-band 802.11 a/b/g/n/ac Wi-Fi, and Bluetooth 4.0.

Based on today’s FCC description, the housing of the Verizon tablet is made by plastic and not any high-end materials. 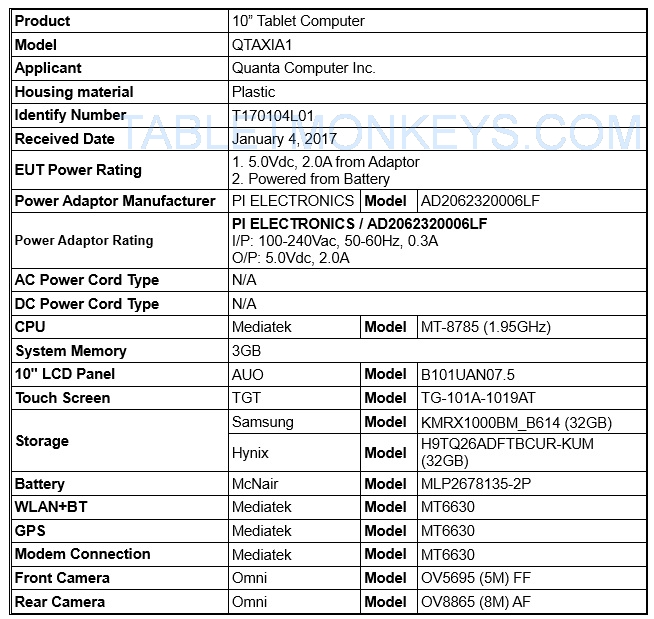 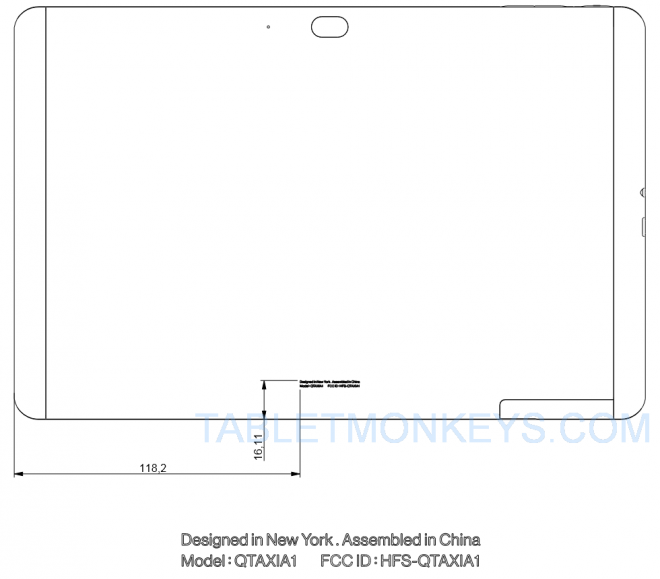