Huawei has unveiled the Huawei MatePad SE, which is a new 2022 model 10.1-inch tablet that’s launching in China on May 6th from around $195.

The SE in the name, denotes that it’s more of an entry level tablet.
The model selections consists of two models both featuring 4GB of RAM and 128GB of storage, but differs between a Wi-Fi model and a 4G model

But other than that, they are the same 10.1-inch Full HD tablets with a 1920 x 1200 resolution display, powered by Huawei’s own octa-core Kirin 710A processor with Mali G51 GPU. 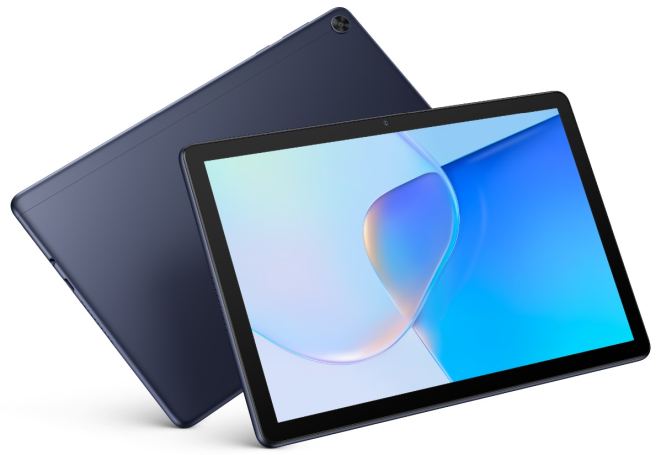 The operating system for the tablet is HarmonyOS 2.

Huawei tablets have typically had high resolution cameras, but the Huawei MatePad SE makes do with a 2MP front camera and a 5MP rear camera.

It should easily fit into a bag, as it’s just 7.85mm thick, and weighs 450 grams. It has a dark blue color on the back of the tablet, but black bezels.

And the Huawei MatePad SE is intended only as a handheld tablet, because it doesn’t feature any pogo pins for a keyboard, nor any support for a digitizer pen.