A new unannounced 7-inch Acer One 7 4G tablet has leaked through its FCC approval, where we learn that this is a 7-inch tablet with 4G LTE included.

The Acer One 7 family of tablets have been here for many years, and up until 2015 they used to be called the Acer Iconia Talk S, since these were large phablets that combined both regular phone features as well as cellular data capabilities.

Acer’s new 7-inch tablet or “phablet” however will be called Acer One 7 4G (T4-729L). Specs one the present Acer One 7 4G model have not been particularly groundbreaking, with just 2GB of RAM, and a HD screen. 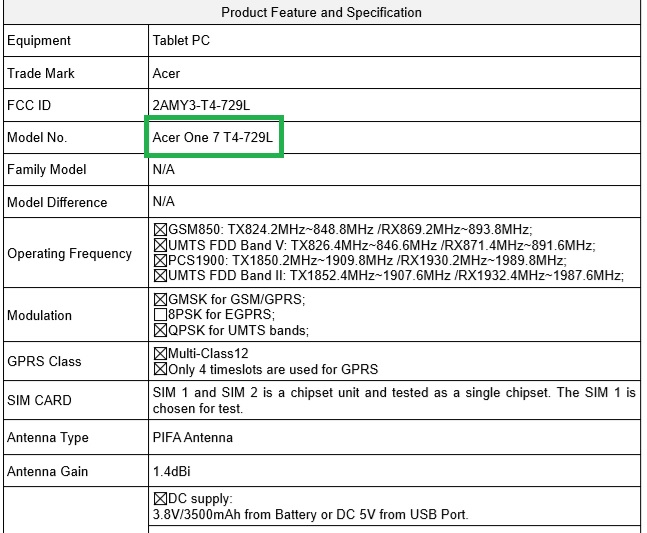 And it looks like the Acer One 7 4G (T4-729L) won’t be too much of an upgrade, with still just a 3500 mAh battery being one of the few specs that leaked out. But other confirmed specs shows both dual-band 802.11 a/b/g/n/ac Wi-Fi, and of course 4G LTE, so this won’t be a totally useless tablet either.

Another unannounced and new Acer tablet for 2020 is the 8-inch Acer A8202 GP3 that leaked in September. 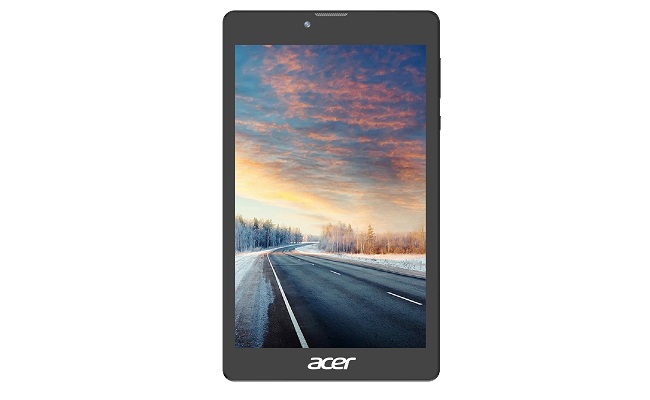