Some information posted in the rumor section of Japanese Apple blog Mac Otakara on Saturday, mentioned that Chinese supply chain sources have leaked that the next iPad Pros for this year will feature triple rear cameras with LED flash/light.

The iPad 10.2 is also rumored to feature dual rear cameras with LED flash. Even the iPhones features a maximum of dual cameras so far, as seen on the Apple iPhone XS series. But triple camera iPhones are rumored to launch soon too, so if the rumor is true we may see both triple camera iPhones as well as iPads in 2019, where the lenses range from wide angle to telephoto lenses.

The iPad Pro cameras are already good tablet cameras, so these potential new specs along with new features bode well for the iPad Pros. 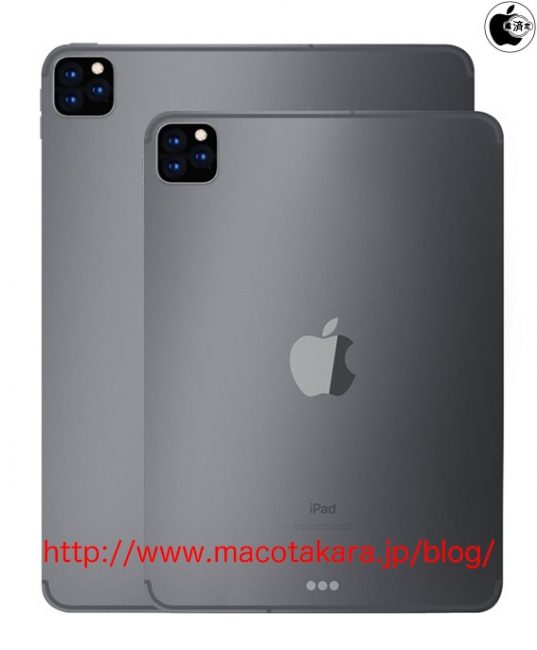 Samsung will launch the dual rear camera Samsung Galaxy Tab S6 in three weeks, with 13MP and 5MP cameras, so that might be the closest rival for the iPad 10.2 then.

Mac Otakara also says that the next iPads are expected to launch in October, but underlines that this is still considered to be a rumor.

Given the developments on Samsung’s flagship Android tablet, the rumors definitely seems plausible, not to mention that they serve as an indication of how seriously the industry takes tablet computers, despite all the ridiculous “tablets are dead” headlines that many tech writers is trying to convince people with.