Apple have an app category called “Apps We Love” which is their way of highlighting apps for various purposes instead of letting just the most downloaded apps steal most of the spotlight. iPad’s now come in four different sizes, all of which are good tablets and with lots of accessories out there to enhance their use even further, so there is an iPad for anyone willing to use iOS and the Apple ecosystem.

So I wanted to take a quick look at what apps Apple highlights as the top 5 “Apps We Love” in January 2018.

#1 Slice Fractions 2
A math puzzle is on top of the list, and probably with good reasons since it makes math a lot more interactive, visual, and fun than doing math in old textbooks. This second version, also has a good user rating, which doesn’t hurt.

#2 Little Hospital
This is a kids game from Fox and Sheep which lets kids live out different aspects of medical life, including helping kids who have had skateboard accidents.

#3 Play and Learn Science
The science exploration game from PBD Kids in is 3rd place, and since it’s from PBS it is free too.

#4 Jokely: Watch Funny Jokes
Jokely is trending at the moment, and we’ll see how much it catches on in 2018, but it definitely has a lot of potential, being a social media stand up comedy/joke video sharing service. A lot of people should probably move from Twitter to Jokely in 2018.

#5 Artstudio Pro
The new version of this painting and photo editing app which is especially neat to use on a iPad Pro with pencils. And despite being an iOS app that can be used on the latest iPhones too, it is in no way a light app. 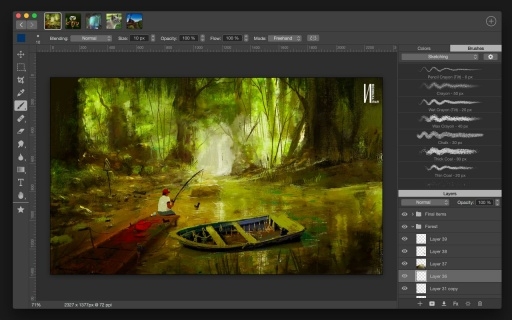