The new Surface Pro 6 is now taking pre-orders, and it will be released on October 16 in the first markets, with other markets to follow in the weeks after: https://www.microsoft.com/en-us/p/surface-pro-6/

The new Microsoft Surface Pro 6 sees a few changes over the Surface Pro 5. SP6 have been upgraded to the 8th gen. Intel Core processors, but there’s no Intel Core m version at this point, so the entry level price have gone up $100. But that’s a good thing, because the Surface Pro 6 is in real terms actually cheaper than before, since the new 3.4 GHz Intel Core i5-8250U version with 8GB RAM costs only $899, so that’s much better value than before.

Microsoft hardware chief Panos Pany says himself that the Surface Pro 6 is 1.5x faster than the Surface Pro 5. So with newer processors, it’s faster and more powerful yet cheaper. So far so good.

The screen is the same as before, with the award winning 12.3-inch PixelSense display with a resolution of 2736 x 1824 and 3:2 screen ratio, covered by Gorilla Glass. But the hinges on the back of the tablet are new, and the kickstand can flex almost all the way backwards until it lies almost flat with the screen upwards with the 165 degrees full friction hinge.

A new color have been introduced too. Whereas Surface Pro have been offered in platinum silver the last few years, it’s now possible to order a black Surface Pro 6 too. Weight and dimensions are the same as before give or take a few grams because of the new processor, with the weight ranging from 770 gram on the i5 model to 784 gram on the i7 model, and the thickness remaining at 8.5mm.

Surface Pro 6 now ships with regular Windows 10 Home version, so if anyone want’s to buy Windows 10 Pro they can buy a digital upgrade online. The Surface Pro 6 battery life is still the same long 13.5 hours as we had on the SP5.

The Surface Pen is still the same 4096 pressure level sensitive digitizer as before with 0.1mm precision, and the backlit keyboard covers that fitted the SP5 and SP4 will fit the SP6 too.

And not only that, because the outer dimensions are the same, professional third party accessories like the Kensington SD7000 Surface Pro Docking Station will also fit, which is why it is being released just weeks after the Surface Pro 6.

The new Microsoft Surface Pro 6 is also compatible with the keyboard called Surface Fingerprint ID Type Cover, which has its own fingerprint reader next to the trackapd/touchpad for quick login. 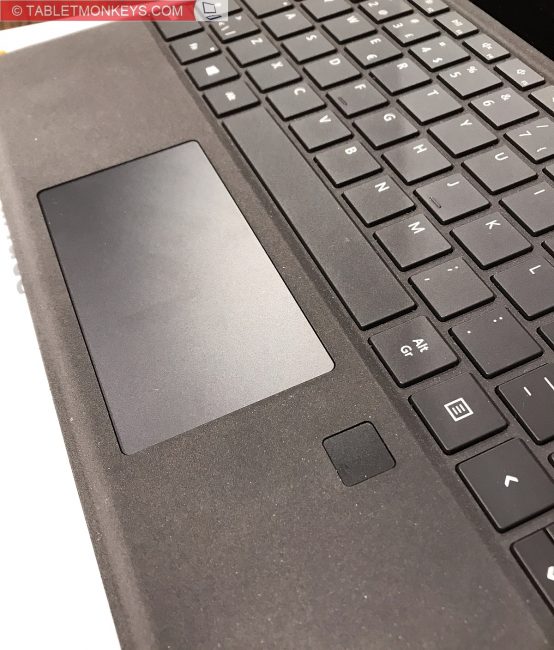 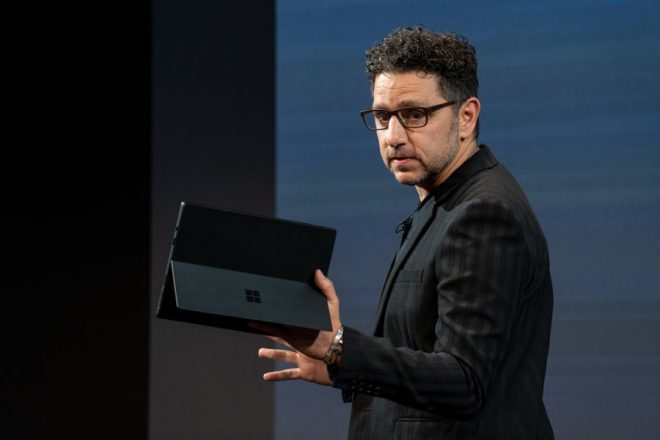 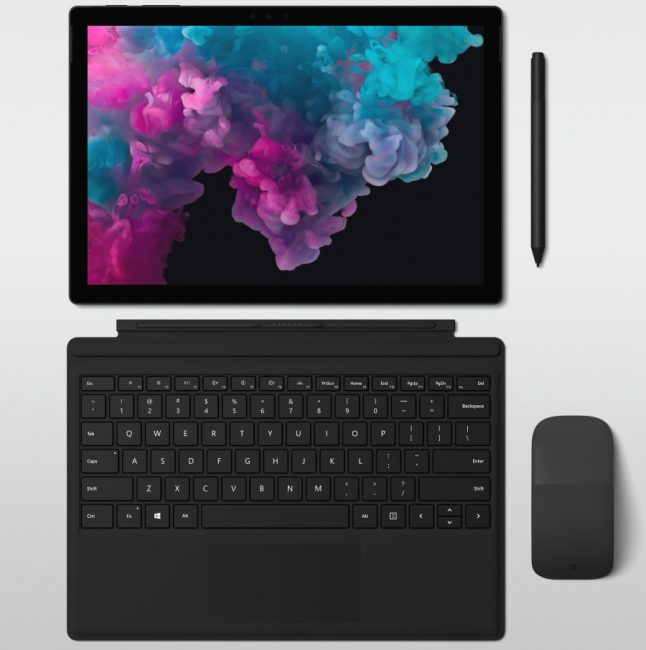 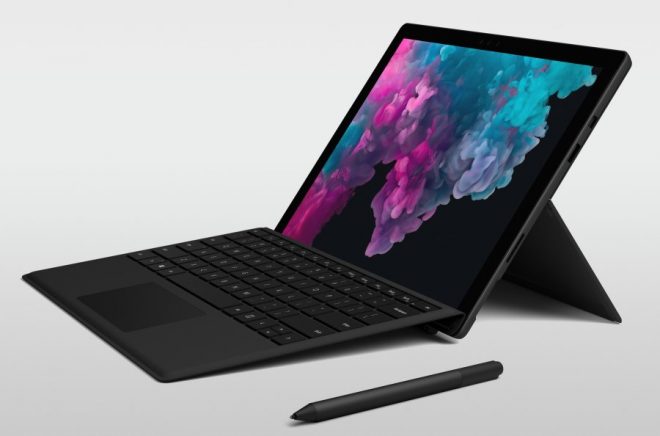