We’ve been waiting for a while to see the practical outcome of the Qualcomm Snapdragon processors finding their way into Windows 10 devices other than the Windows mobile phones that have been running them for years. And during the Snapdragon Summit in Hawaii yesterday, Asus and HP unveiled the first Windows 10 2-in-1 tablet and laptop that run the current Qualcomm Snapdragon 835 processor, a popular choice on many a high-end Android smartphone these days.

Microsoft have been working with Qualcomm, Asus, and HP in the development and implementation of the Snapdragon processor, which is deemed a “mobile” processor. But now that so many computers are mobile too, especially convertibles, 2-in-1 tablets, and tablets, Qualcomm have come along and offered some of the advantages of a mobile processor, like more efficient power management, longer battery life, quicker start-up, and of course cellular connection.

That’s the good stuff. On the other side, what people are generally worried about at this point since Microsoft have not been clear and open about it, is if Qualcomm powered Windows 10 computers will be another locked down / dead end project or just a Chromebook competitor eventually where there is too much restrictions and too little freedom.

Let me just quote from the 4th paragraph of the disclaimer of the Qualcomm Snapdragon powered HP Envy x2 for 2018, which reads:
“Not all features are available in all editions or versions of Windows. Systems may require upgraded and/or separately purchased hardware, drivers, software or BIOS update to take full advantage of Windows functionality. Windows 10 is automatically updated, which is always enabled. ISP fees may apply and additional requirements may apply over time for updates. Windows 10 S works exclusively with apps from the Windows Store. Certain default settings, features, and apps cannot be changed. Some accessories and apps compatible with Windows 10 may not work (including some antivirus and accessibility apps) and performance may vary, even if you switch to Windows 10 Pro configuration (fee may apply). You can’t switch back to Windows 10 S.” 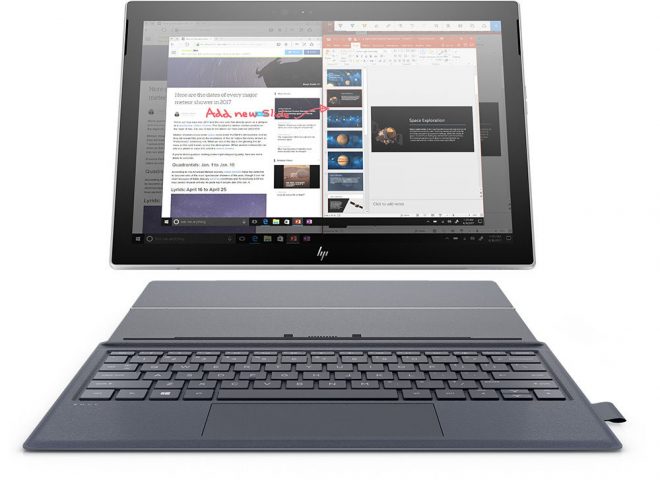 So as long as the Qualcomm powered devices are 32-bit Windows 10 S devices, as is the case with the Asus NovaGo laptop and upcoming HP Envy x2, it’s still one step forward and one step back for a lot of Windows users. But Microsoft may not see it like that if their intended market is the “education market.”

We’ll see how this develops in 2018, as Lenovo will be out with a Qualcomm Snapdragon powered Windows computer in 2018 as well, and there are more developments coming that combines Windows and Qualcomm, so it’s still too early to tell how this will play out.

If only we could enjoy all the benefits of the next Snapdragon processors without any of the restrictions hampering the Windows OS, ecosystem, and use, then everybody would enjoy the 20 hour battery life that is claimed on the HP and Asus devices running at 150 nits brightness.

For a quick hands-on video and some other first impressions, check out Liliputing’s article on HP Envy x2 Windows tablet with Snapdragon 835. 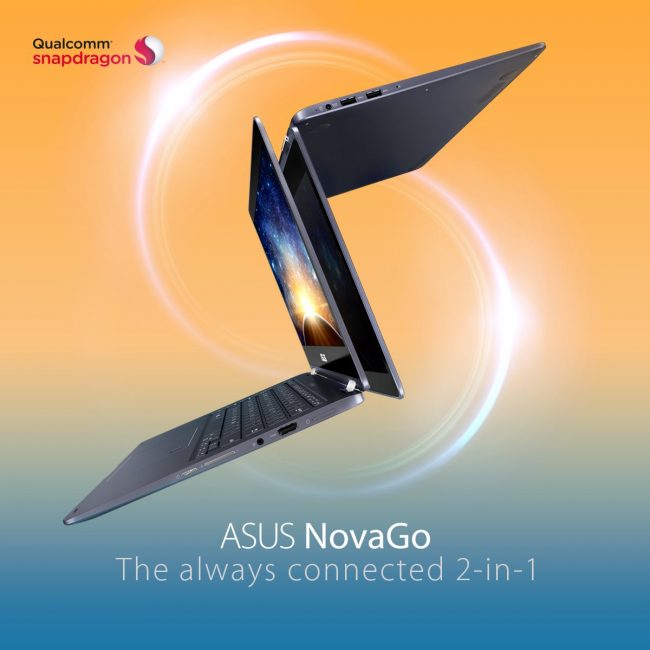