The first Microsoft Surface Go 2 images have leaked, thanks to computer magazine Winfuture where you can see some leaked pictures of the Surface Go 2 in different color combinations with the keyboards.

As I mentioned yesterday, an Intel Core m3-8100Y powered Surface Go 2 has now even been officially confirmed, so we know Microsoft’s smallest Windows tablet will have some better power too.

Options of an Intel Pentium 4425Y processor, 4GB or 8GB of RAM, optional 4G LTE, and a 0.5-inch larger screen that has now grown to 10.5 inches, are other known specs that have leaked so far, along with the ax Wi-Fi 6 technology for even better Wi-Fi connections. 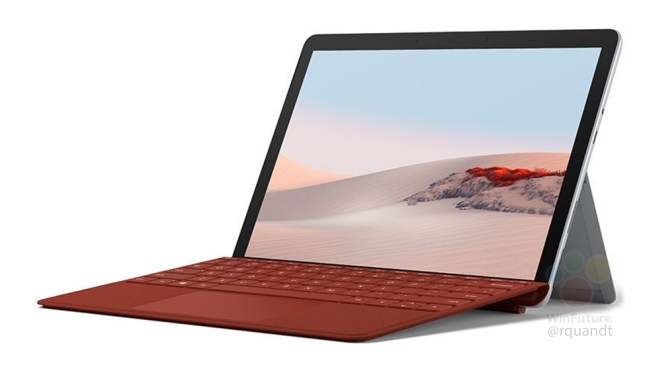 Roland Quandt of Winfuture has found out that the outer dimensions will remain the same as before on the Surface Go 2. So it’s just the display that has grown, while this has narrowed the bezels around the display a little.

The rumor among some with a foot in Microsoft, is that there may be a small Surface event on May 6 or 7.