This top list is for the best tablets of each size, starting with the smallest 7-inch tablet, going all the way up to the largest tablets on the market in February 2020. The single-core and multi-core benchmarks scores are from Geekbench 4, where a higher number indicates a more powerful performance, which is useful when you compare tablets before buying them.

Amazon Fire 7
While there are other 7-inch Android 9.0 tablets on the market today for under $100, they tend to fail on too short battery life, and the Fire 7 is actually the most powerful 7-inch tablet in February based on the benchmark scores.

Microsoft Surface Go
The straight up 10-inch Windows tablet that can become a 2-in-1 with the optional keyboard, has high quality components and execution, which includes support for Surface accessories, and is a good Windows tablet for students on a budget in particular.

Samsung Galaxy Tab S6
The most powerful Android tablet on the market in February, with great specs in every area and a functionality that makes it appeal to a wide range of customers with different usage scenarios.

Apple iPad Pro 11
The most powerful iPad together with the larger 12.9 model, which has anything from quad speakers to great digitizer feel. The only ting to consider is that it can flex in the middle if it’s carelessly stuffed inside a full bag. 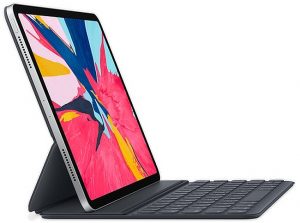 Microsoft Surface Pro 7
The much evolved Windows 10 tablet is now better than ever before, and finally got USB C connectivity as well. It has anything from an award winning display, to speedy performance, a long list of accessories, to good warranties. Also the most powerful tablet on the market right now.

Apple iPad Pro 12.9
Almost as powerful as the to model of the Surface Pro 7, but with a larger screen and a decent price tag considering its performance.

Microsoft Surface Book 2 13.5
It was launched in November 2017, but it’s still pretty powerful, and it is well designed. So among the largest tablets, it is still good. 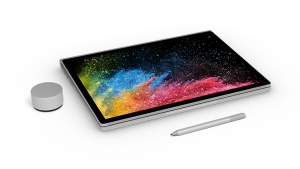 Microsoft Surface Book 2 15
The 15-inch tablet version of the Surface Book 2. A lot of people even think it’s just a laptop, when it is actually a 15-inch 2-in-1 tablet. 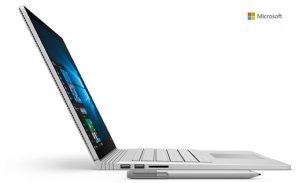 Samsung Galaxy View 2
The largest tablet that’s still available in February 2020 isn’t the most powerful tablet on the market, but for some particular uses in the home, an organization, or the job, it does the job better than any of the other tablets.