A brief CDW survey proves what many managers already knew, and some managers have long wondered about, namely that the use of tablet computers in business leads to increased efficiency and cost savings within these companies.
Around 55% of organizations now use tablets, with medium to large business at 62%, down to 59% among IT-managers in government at state level and 48% at federal level.

Tablets starting to replace laptops and desktop PC’s
Not surprisingly, 19% of IT-managers have seen tablets replacing the traditional computers within organizations. Tablets were used most for sales presentations at 48%, as paper and catalog replacement at 36%, and for convenience in work groups at 32%.
31% of those not using tablets in their organizations at the moment, plan on doing so over the next 6 months. 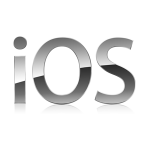 Most used tablet OS
Since Apple has been the leader in the tablet segment ever since it first redefined that computer category, Apple’s iOS is by far the most used OS at 61%. Android has a 24% grab of the tablet OS market, while RIM’s BlackBerry OS comes in third with a 9% market share.