Samsung Galaxy TabPro S (SM-W700) is a 12-inch Windows 10 tablet with detachable keyboard. It was announced at CES in January, then released on March 18, and it stood out as the first truly thin and mobile 12-inch Windows 10 tablet with some real power in its hardware. It also has a Super AMOLED display which is great in itself, having great color accuracy and low battery consumption. 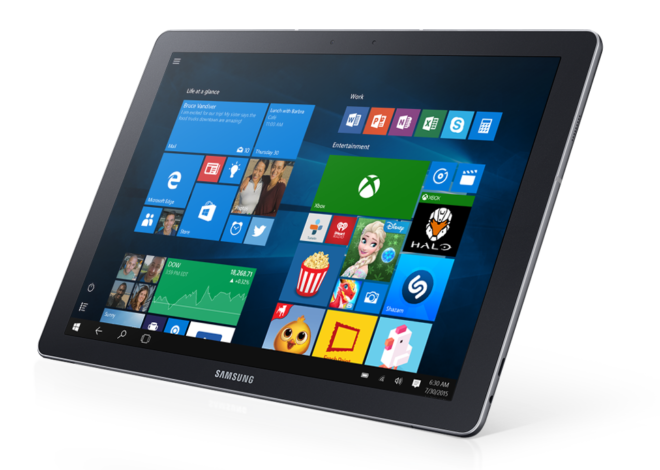