US Cellular has started making the Samsung Galaxy Tab E 9.6 4G LTE available through them with a choice of monthly installments at $8.75 or a 2-year contract for $129 annually.

The Wi-Fi version of this tablet comes with Microsoft Office for Android, free cloud storage from Microsoft, and supports features like split window multitasking and parent control of the tablet for those who want to limit how a child can use and access the tablet. 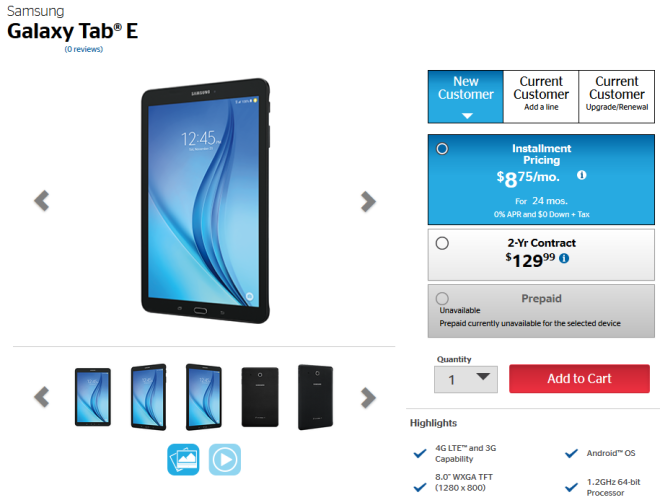