After a little back and forth, Samsung fully announced the Samsung Galaxy Tab Active2 today, including this particular way to name it, in Seoul, South Korea.

Samsung says it will launch in select markets in October already. Most of the customers will come from the enterprise market, but depending on the general availability of it, people who want a rugged 8-inch Android 7.1 tablet for the consumer market may buy it too, which was how Samsung used to market the predecessor. 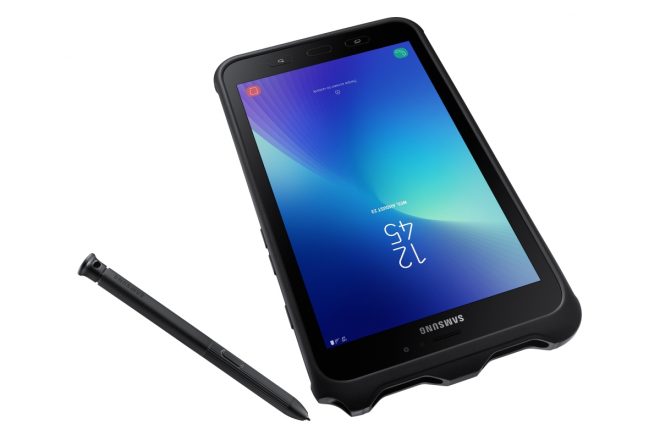 Other stand out features includes the IP68 water and dust resistance rating with MIL-STD-810G standard, meaning that it will tolerate quite a lot of water and lots of rain, and also be shock-proof from drops of 1.2 meters.

And just like on the predecessor Samsung Galaxy Active Tab from 2014, the S Pen is integrated into the rugged cover, but the screen technology have improved up to a 4096 pressure sensitive pen technolgy, with new features too from the S Pen, which also supports Air Command.

A few but very solid dockings and cradles are have also been made for this tablet through Samsung’s select partners.

Built in security features starts with Samsung Knowx 2.8, but can be expanded upon. The first price announced so far have been €499 for the 4G LTE SM-T395 version in The Netherlands, where it will be launched in November. 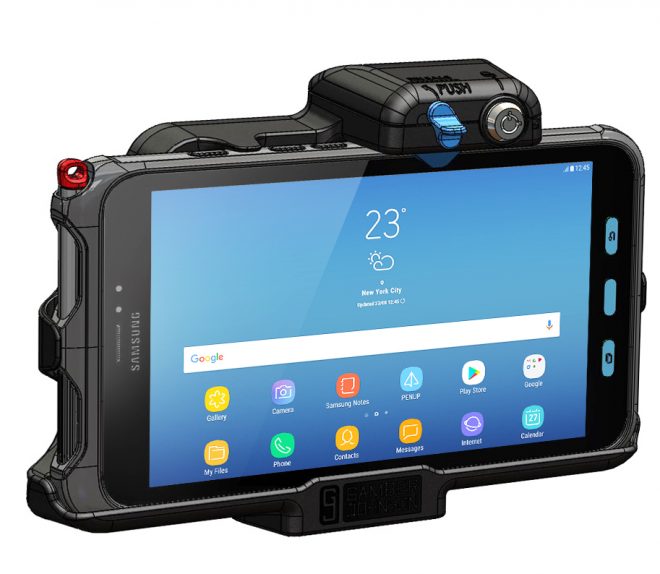 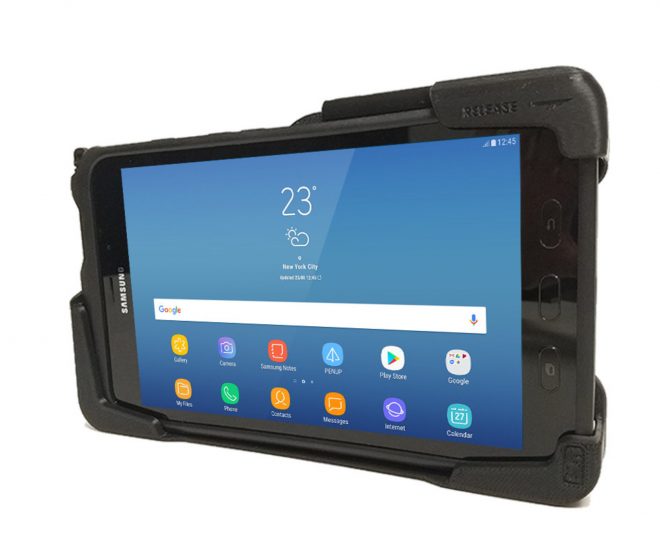