The Samsung Galaxy Tab A w/ S Pen (SM-P550) is by and large identical to the Samsung Galaxy Tab A 9.7 (SM-T550) without digitizer, apart from from having 0.5 GB more RAM at 2GB, weighing 37 grams more at 487 grams, and costing about $100 more. Those differences aside the particular main difference lies in the integrated S Pen digitizer and the apps and support for the pen.

Samsung Galaxy Tab A 9.7 With S Pen was launched in Taiwan on April 27. Having an S Pen digitizer means more than just having the ability to handwrite notes, emails, and making sketches. It can also be used like it was a mouse, since this is one of the functions the pen has been given if you want to drag and drop, cut and paste, or highlight something you are reading. 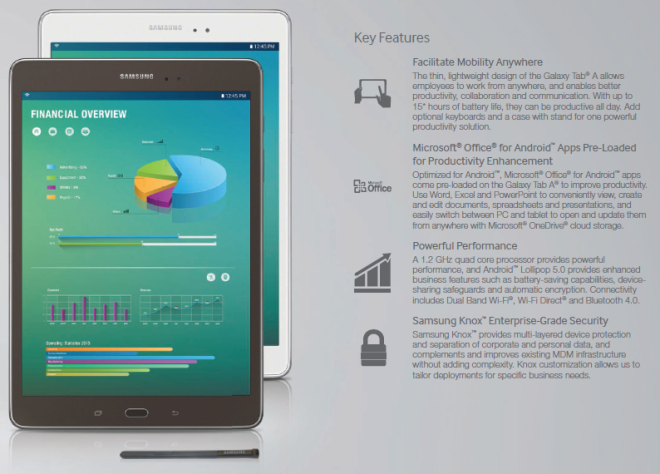 Samsung Galaxy Tab A with S Pen (SM-P550) is one of the new tablets that have gone over to the 4:3 aspect ratio on a 9.7-inch screen with 1024 x 768 resolution, which certainly makes web browsing much more pleasant. The brightness goes up to 400 nits for outdoor use.

Important specifications include dual-band 2.4 GHz & 5 GHz 802.11 a/b/g/n Wi-Fi, Bluetooth 4.1, Android 5.0 Lollipop, two stereo speakers located underneath the tablet, a 2MP front camera and a 5MP rear camera, accelerometer, RGB light sensor, TouchWiz, GPS, GLONASS, Wi-Fi location services, a microUSB 2.0 port, and a 6000 mAh battery that last up to 12 hours, or on average 11 hours as measured by the standard video playback benchmark. Charging time is actually 10 minutes quicker than the non-S Pen model, at 4 hours blank. The tablet is 7.5 mm thick, which is good.

Services and features are one of the highlights with the new Galaxy Tab A models, since it includes Kids Mode with parental control, KNOX 2.3, and Microsoft Office for Android tablets. With Microsoft Office on board owners get 100GB free cloud storage on Microsoft OneDrive for 2 years too, that they can use for anything they like. 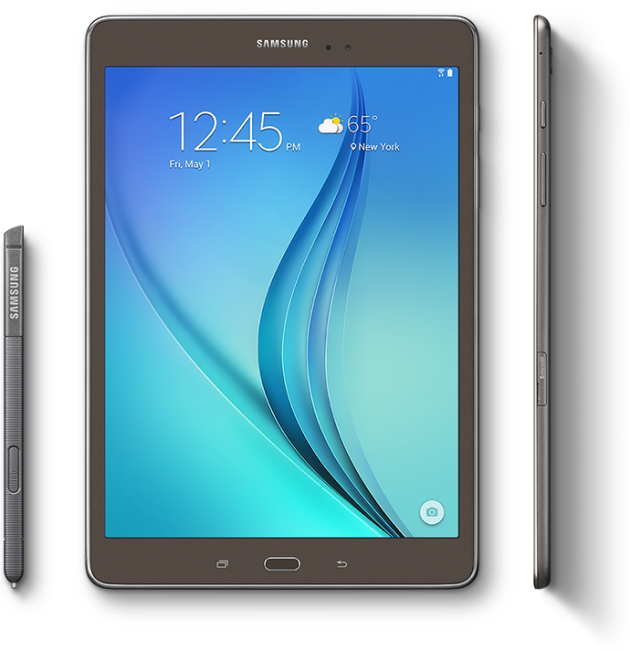 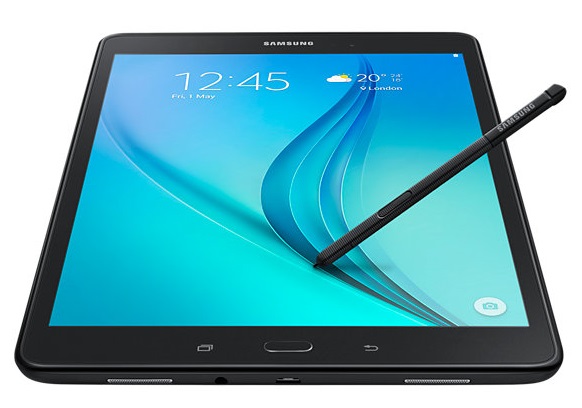 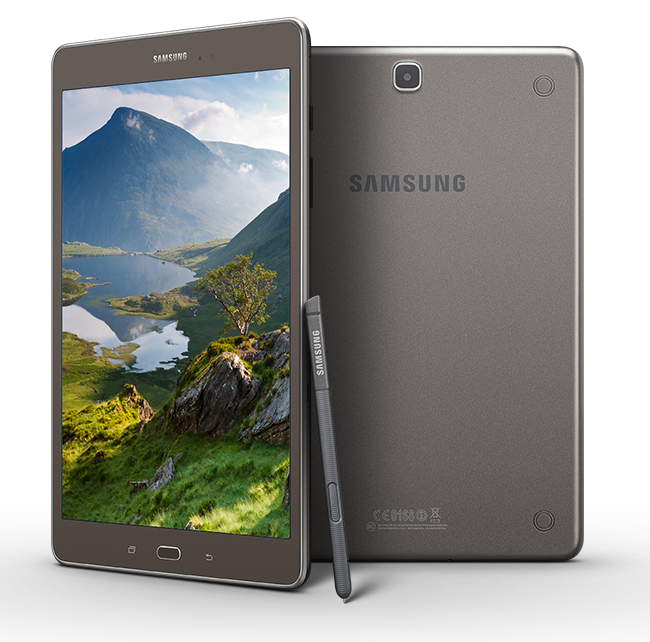 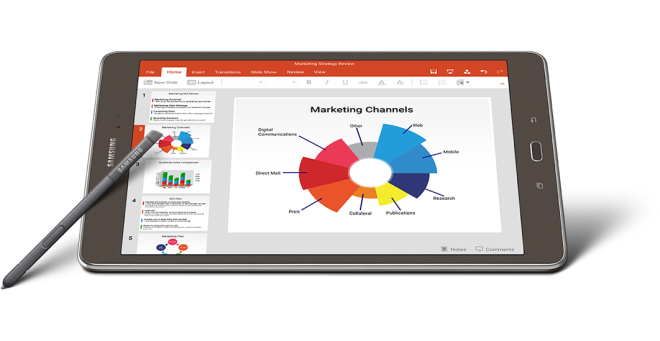 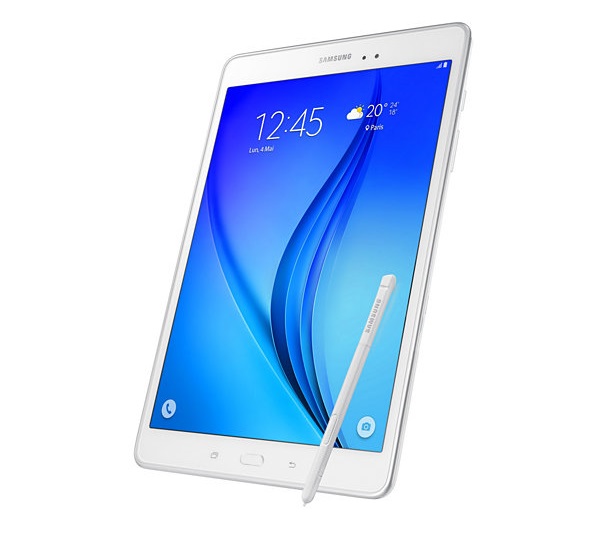 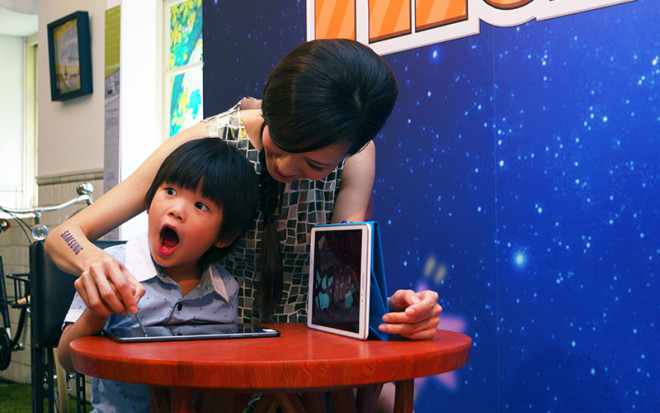