Samsung is coming up with new notebooks in the smaller 13 to 14-inch series up to 15-inch in the months ahead, as they return with the 5-Series of mid-sized laptops for the first time since 2013.

Back then the Samsung 5-Series notebooks were powered by Intel Core i processors, so I imagine that’s what they will be powered by now too. The model number series of these notebooks are Samsung NT530, NT350, and NT550 as base model numbers, but with many variations depending on configurations and regional market.

These are not the new unannounced Samsung Chromebook series then, since the new Chromebook have been approved with the model number XE525 (-QBBI).

We only have the first photo of one of these notebooks of the NT530/531 series, straight out of official sources in Asia now in September, seen here in white for one of the smaller versions. The dotted / bubbly back design is almost radical considering that it’s a Samsung laptop. 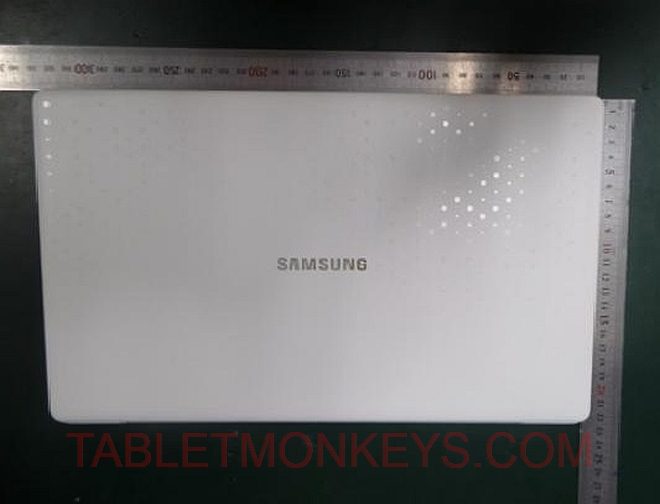