The tablet brands are Teclast, Onda, and Pipo, Chinese brands where Teclast tend to have the best reputation. With these tablets you can alternate between booting Windows or Android when you boot up your tablet. Out of the box they do not allow hot switching (change OS when they are on), but it is sometimes possible if you know your way around such things. But really, I don’t see much of a problem in waiting 25 seconds while you turn off the tablet and then on again to change the OS. 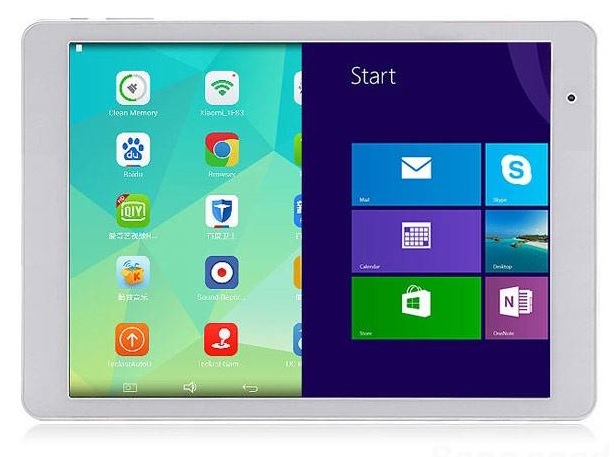 Teclast is also offering 9.7-inch tablets with even faster processors for $212, so based on the specs, these tablets can be good value. The ordinary tablet manufacturers haven’t got any dual OS tablets in production at the moment. Asus and Samsung are the ones that have talked the most about it, and they have even announced some dual OS tablets over the years, but in the end they would cite legal complications for not bringing them to market eventually.

Thus we are left looking beyond the typical tablet manufacturers to find dual OS tablets. The problem with some Chinese brands have typically been quality issues, which have affected some brands more than others. Another issue have been short battery life, but that’s something that have improved significantly with the longer lasting brands the last two years.

But looking at the number of mAh of the battery and double checking the return policy is always a good idea if you begin to consider buying one of these dual OS tablets. But otherwise they are mostly running the same hardware that any other tablet is running, as you can see from the processor choice.

Below is a video demonstrating the process of switching between Windows and Android OS on one of these tablets.