The most eager gamers may know that the beast of a tablet Asus ROG Mothership GZ700 is in stores in the US now, and that it’s launching with an even more powerful processor than specified during its January unveiling, as it now ships with Intel Core i9-9980HK:
https://www.amazon.com/Mothership-GZ700GX-XB98K-Essential-i9-9980HK-Windows/

This means that the Asus ROG Mothership GZ700 benchmark scores top out at over 35000 in Geekbench 4. In other words, this kind of performance even makes the iPad Pro and Surface Pro look like mid-range Android tablets by comparison.

Asus ROG Mothership GZ700 has a 6000 mAh battery, so it qualifies as a tablet in that respect, but lacks a touchscreen, so that gives it the definition of an All-in-One (AIO) instead. So Apple and Microsoft can still claim to have the world’s most powerful tablets. 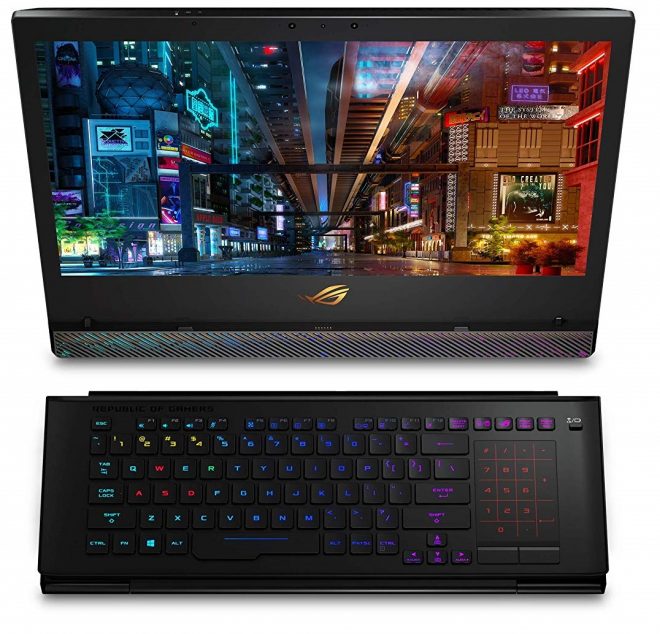 Asus themselves only thinks of it as another one of their ROG gaming laptops that just happens to look like a tablet. Asus says that the vertical setup of the computer hardware helps with the cooling that’s more effective in a vertical setup than a horizontal laptop setup, so that’s one of the main reasons behind this particular design. 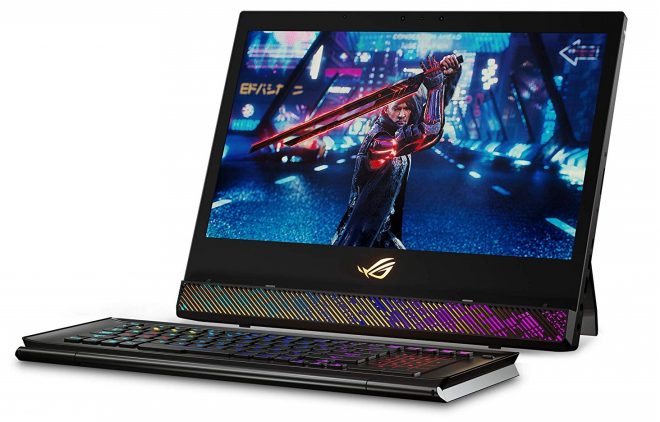 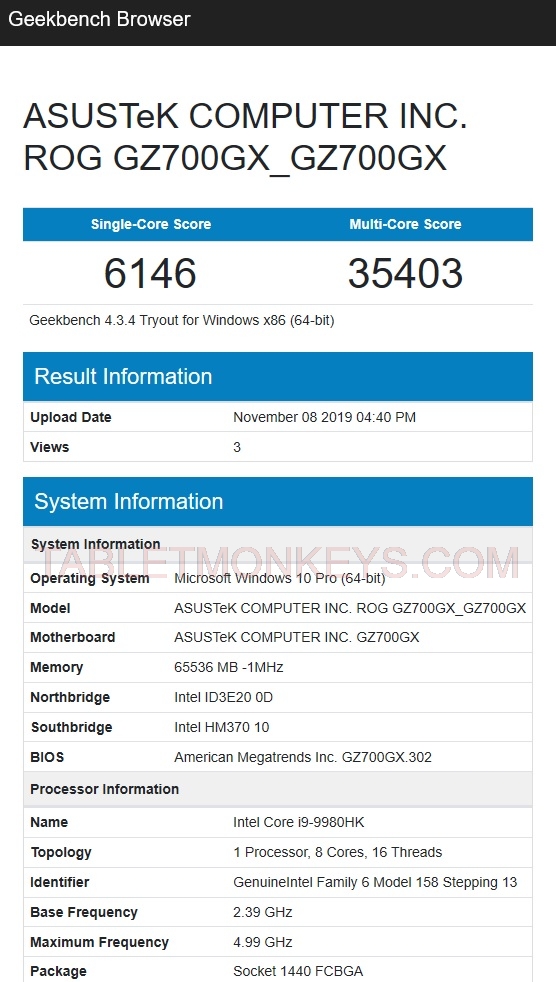