The new 10.1-inch Windows 10 2-in-1 tablet with digitizer Pipo W1 Pro has been in the process of being launched in various stores over the last weeks, and now the cheapest Version of Pipo W1 Pro with both the keyboard and the en included is available for under $265.

So the price makes it interesting, since this 10.1-inch Windows tablet is powered by an Intel Atom x5-Z8350 processor with the Intel HD Graphics 400 GPU chipset, has 4GB of DDR3L RAM, and 64GB storage too with microSD card support up to 128GB.

The included pen has 1024 levels of pressure sensitivity and works with the 10.1-inch screen which has a Full HD display resolution of 1920 x 1200. The keyboard has USB ports on the side, but the tablet itself also has a USB Tye-C port, so that should prove popular, and sure the tablet also has a micro-HDMI port and 3.5 mm audio jack. 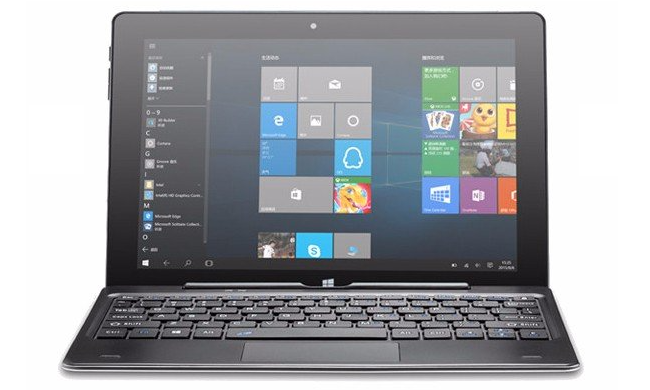 The front camera is a 2MP camera while the rear camera is a 5MP camera. The Pipo W1 Pro battery life is set to just 4 hours from the 6000 mAh it has, which is common for Pipo’s tablets of this size, but we would still like to see more. Internet connection also comes from a standard 802.11 a/b/g/n Wi-Fi and Bluetooth 4.0, but at least that should be adequate for this tablet.

Materials and weighs is great though, with an aluminum alloy back cover that dissipates heat more effectively, and a low weight of 535 grams for the tablet. The tablet itself is 9.3 mm thick.

The two newest competitors in the 10.1-inch Windows 10 2-in-1 category with pen, are the NuVision Duo 10 Draw and Asus Transformer Mini T102HA. 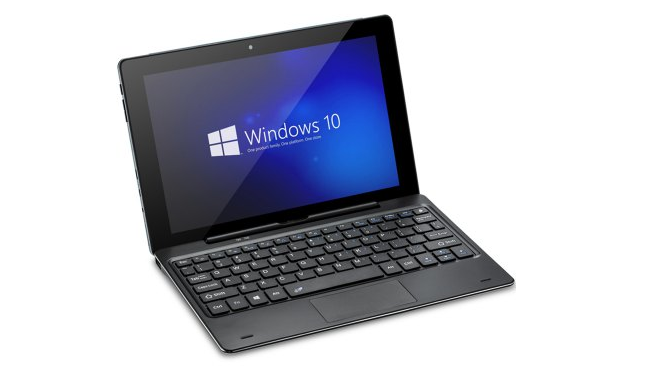 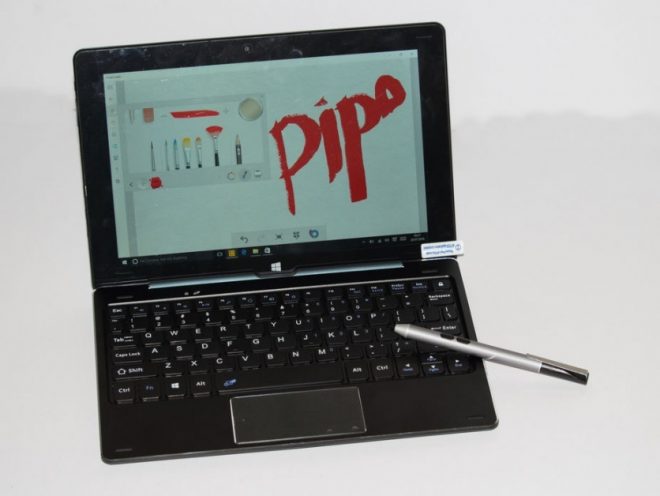