The rest of the specs are mainly focused around the professions it is adopted to, so it has hot swappable twin batteries, glove modes and rain modes on the touch display, IP65 dust and waterproofing, up to 20 hours battery life with the extended battery pack, 2D barcode reader, True serial, smartcard reader, its own vehicle mount, a LAN jack in both the tablet and keyboard, and it’s drop proof from 4ft/120cm, as demonstrated in the video below at 2:25. 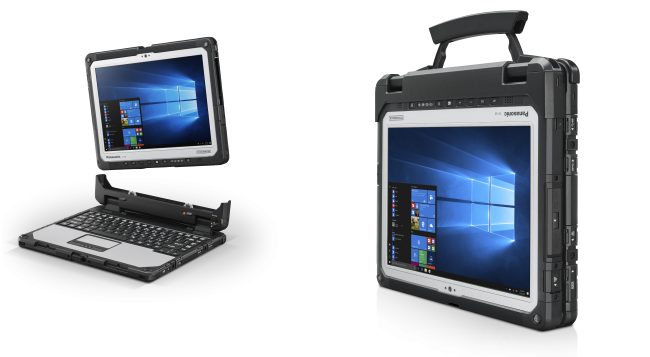 Panasonic Toughbook CF-33 will be released in May at $3499 for just the tablet, and at $4099 with the keyboard dock included.

If the price has you startled, just remember that Panasonic’s 4K tablet