The Nintendo Switch gaming tablet console that was unveiled on October 20 was fully unveiled today in an ongoing event that started in Tokyo this morning and then spans the world. The specific release date was announced today too, and it will launch on March 3, while taking orders from today of from $299.

Nintendo themselves doesn’t call the Nintendo Switch a tablet, but a console. To begin with, it doesn’t run Android, Windows or of course iOS either. Which also means that the functionality as a non-gaming device is limited compared to a tablet, although non-gaming capabilites are there too.

So instead of a tablet, this is to be thought of as a video gaming console. But it can be used a a tablet with or without controllers, and it can be used as a home gaming console. The controllers are very much what makes this gaming console interesting, and you have to really study the Nintendo Switch to see all the work Nintendo has put into it, like how the Joy-Con controllers are supposed to give you feedback in your hands that not only makes you feel ice cubes in a glass, but makes you feel the number of ice cubes inside a glass, or water being poured over the ice cubes, from the reengineered Nintendo Rumble force feedback technology.

On the specs side, the Nintendo Switch has a 6.2-inch touchscreen with a HD 1280 x 720 display resolution, but when it is docked, it supports Full HD resolution on the TV screen. It’s powered by a custom made Nvidia Tegra chip and has 32GB of built-in storage + microSD card support.

It has dual-band a/b/g/n/ac Wi-Fi cover, and a USB 3.0 Type-C port. There’s also stereo front speakers, and a small built-in kickstand on the back of it. The battery life is what you would expect on a pure gaming device, meaning 2.5 hours at minimum with some demanding games. But battery life can be 6 hours long on less demanding games, and Nintendo have announced a lot of details around this today for anyone who is interested.

You can also buy a Joy-Con wheel, and a more ordinary Nintendo Switch Pro Controller.

I haven’t been hands on with this device myself yet, but I will check it out. Not everybody agrees with the price though, considering the plethora of alternative gaming consoles and gaming gear you can get for that kind of money today. This may be why it failed to impress the financial markets, as the Nintendo stock fell 5.75% today. 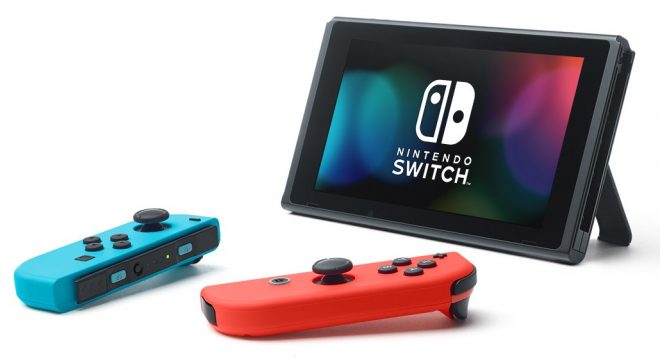 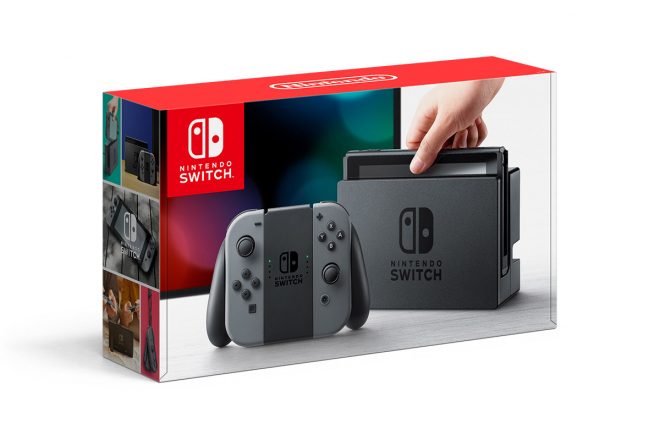 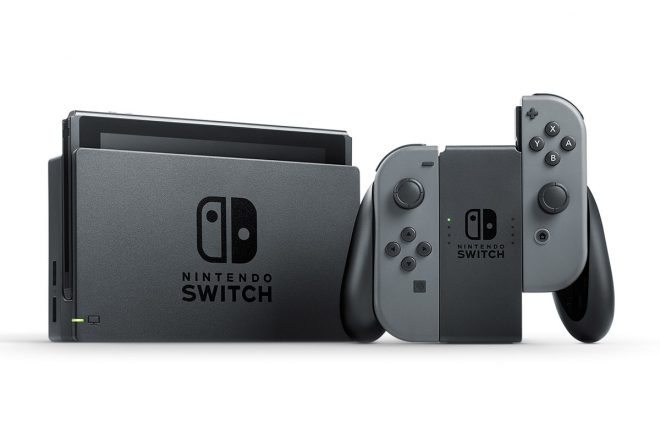