Today is June 6th which also means the release date for the new Fire 7 2019 model from Amazon:
https://www.amazon.com/dp/B07FKR6KXF/

And with today’s release of the new Fire 7 we also got the benchmark scores for the king of cheap 7-inch tablets.

And by running the standard Geekbench 4 test, the Fire 7 benchmarks comes in at 636 in single-core and 1602 in multi-core benchmark scores. 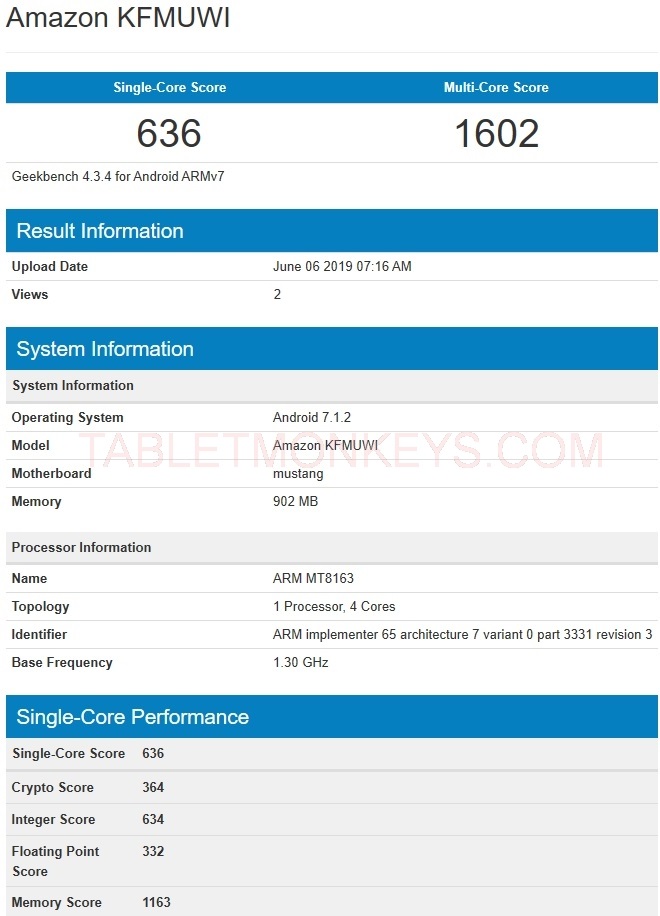 If you are interested in the performance increase in the new Fire 7 over the previous model, you can also see the differences in benchmark scores and specs listed side by side here.

So basically a performance increase of 47% in single-core and 40% in multi-core scores because of the more powerful processor, a different RAM in use, the new “Mustang” motherboard and a more effective Fire OS based on the Android 7.1.2 underneath.

The model name for the new Amazon Fire 7 2019 is KFMUWI, but obviously that’s only a name that makes any sense internally and among app developers. 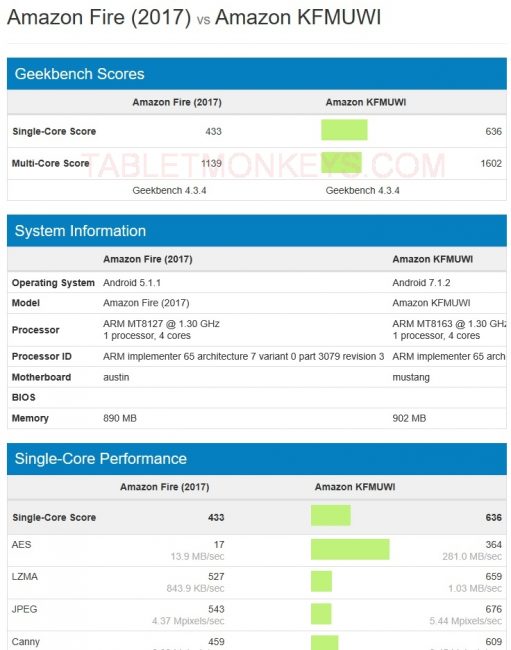