Apple announced the new Apple iPad 9.7 today, which is the successor to the Apple iPad Air 2. The new iPad 9.7 sees a significant price cut so that it now starts at $329 for a 32GB Wi-Fi model. The new 7th generation iPad 9.7 will start taking pre-orders on March 24 and then be released from March 31:
https://www.amazon.com/Apple-iPad-WiFi-Space-grey

The official name is now simply “iPad 9.7” but if you walk into a store, you can also call it the new iPad 9.7 to distinguish it from other iPads, which now consists of an iPad Pro 9.7, iPad Pro 12.9, and an iPad mini 4.

The new iPad 9.7 has been given a faster new Apple A9 chipset that replaces the A8X chip in the iPad Air 2, so that gives it a performance increase of a couple of tens of percent. It looks like it still has 2GB of DDR3 RAM. It runs iOS 10.2 at launch, but it will nevertheless see an upgrade to iOS 10.3 in April. 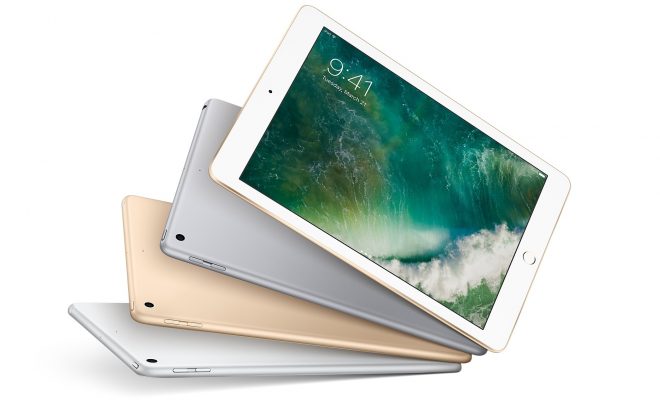 So it’s faster and cheaper with a launch price of $329, compared to the original launch price for the iPad Air 2 of $499, which have for the last few months been cut to $399 as well. So what else is new?

The screen is the same with a 9.7-inch retina screen with 2048 x 1536 resolution, and it has the same 8MP rear camera with 1080p video recording or 120 fps slow motion recording, and 1.2MP front camera with 720p recording. But the new iPad 9.7 have changed the exterior.

First of all it has gone up from 6.1 mm in thickness to 7.5 mm in thickness, but it’s still the same size otherwise, being 240 mm high, and 169.5 mm wide. But with an increased thickness, the weight has gone up from 437 grams to 469 grams. But even though that makes it heavier than the Samsung Galaxy Tab S3 9.7 which weighs in at 429 grams, iPad 9.7 is still a relatively light tablet for its size. And if you want it lighter, you can always get the Apple iPad Pro 9.7 which weighs the same 437 grams as the iPad Air 2.

Otherwise on the exterior, the new iPad 9.7 has maintained the fingerprint reader Touch ID in the home button, and the stereo speakers are still the same. The build quality should also be the same, since it enjoys the same outdoor environmental standards as the iPad Air 2, and the same rigid and solid aluminum unibody. It does not have a USB port of course, but a lightning connector, with an included lightning cable in the box. Another port is the 3.5 mm audio combo jack. The mic have been relocated on the iPad 9.7 too, so we can expect better audio pickup and noise cancelling now.

Wi-Fi specs and bandwidths have always been good in general on iPads and this iPad has the same Wi-Fi specs as the iPad Air 2, with complete Wi-Fi cover; meaning 2.4 GHz and 5 GHz 802.11 a/b/g/n/ac with MIMO Wi-Fi cover, as well as Bluetooth 4.2.

Sensors on the new iPad 9.7 for 2017, includes digital compass, iBeacon microlocation, gyro, accelerometer, barometer, and ambient light sensor on all Wi-Fi models, while the 4G LTE models that now starts at $459 with 32GB of storage, also adds the navigation sensors A-GPS and GLONASS.

And with iOS 10 you also get features like blue light filter, speak screen, Apple Pay, family sharing, and split screen for multitasking and running more than one app at a time. 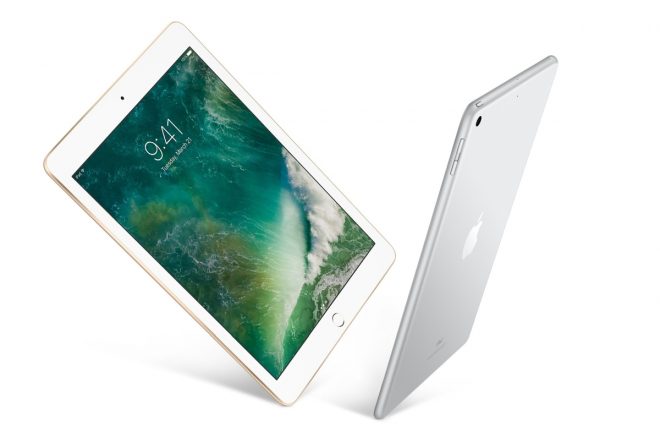 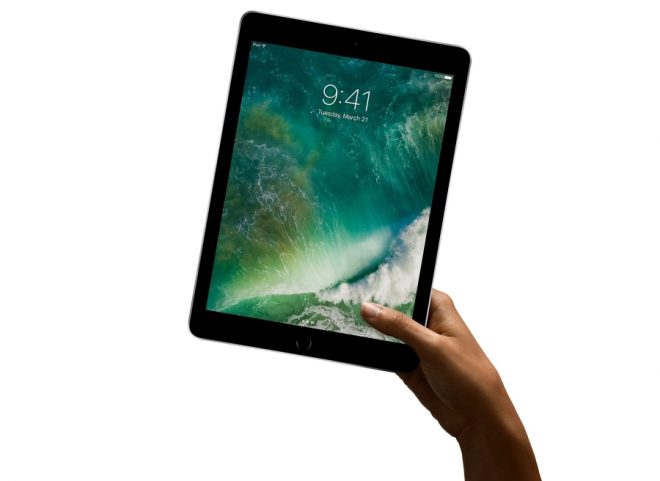 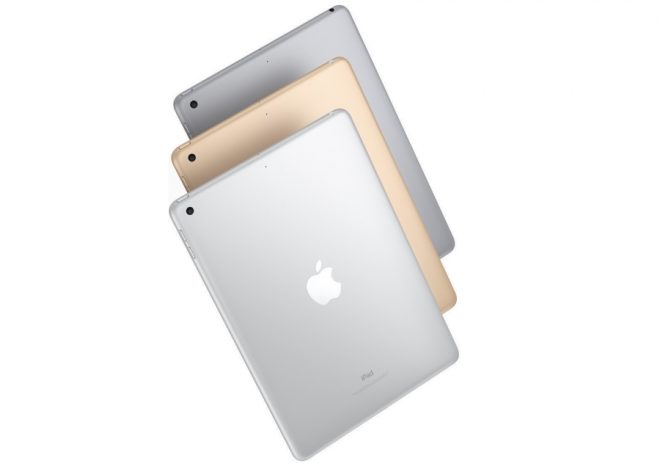