Alldocube, formerly known as Cube have launched a Samsung Galaxy Book lookalike named Alldocube KNote, which will be released in the sub $399 category soon:
https://www.gearbest.com/tablet-pcs/pp_980947.html

Alldocube KNote is a 11.6-inch Windows 10 2-in-1 but without built-in kickstand. The tablet stand is provided by the keyboard cover, which is optional. The power is above entry level for a Windows 10 tablet, as it’s powered by the Intel Celeron N3450 “Apollo Lake” processor, with 6GB of LPDDR3 RAM, and also 128GB of storage. It also has a microSD card support up to 128GB of course.

So that makes it a bit of a Windows 10 Apollo Lake alternative to the Chuwi Hi13 in the same price range. The screen is different though, as the 11.6-inch screen has a Full HD resolution of 1920 x 1080, and it also lacks digitizer support. 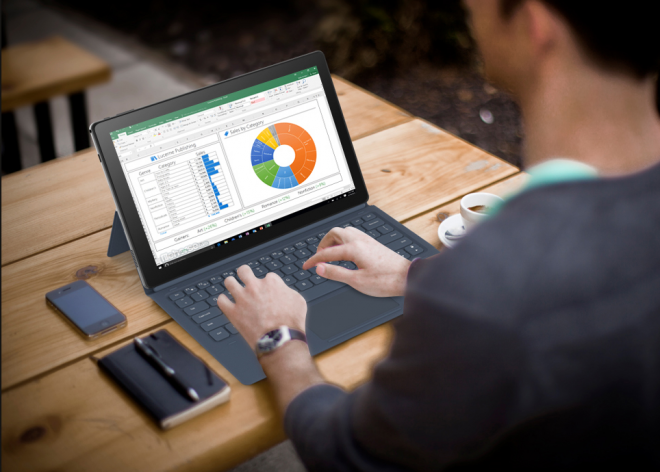 The all-metal body and design makes it 8.6mm thick, and also resemble the Samsung Galaxy Book and Huawei MateBook tablet, although with the keyboard cover, it looks more like a Surface Pro.

If the keyboard had been included in the price, Alldocube could have been sitting on a potential bestseller here. So it may be better to wait it out a bit until the price drops, or to look for alternatives in the same price range.