Motorola has started teasing the Motorola Moto Tab G70, their second Motorola tablet to launch on Flipkart within months of each other.

Motorola Moto Tab G70 is an 11-inch Android 11 tablet that will launch with a Full HD 2000 x 1200 resolution display, powered by MediaTek’s Helio G90T processor, with 4GB of LPDDR4x RAM, and 64GB of UFS storage.

This Motorola tablet also features a 7700 mAh battery that can last for 12 hours with this chipset, and it supports 20W fast charge. 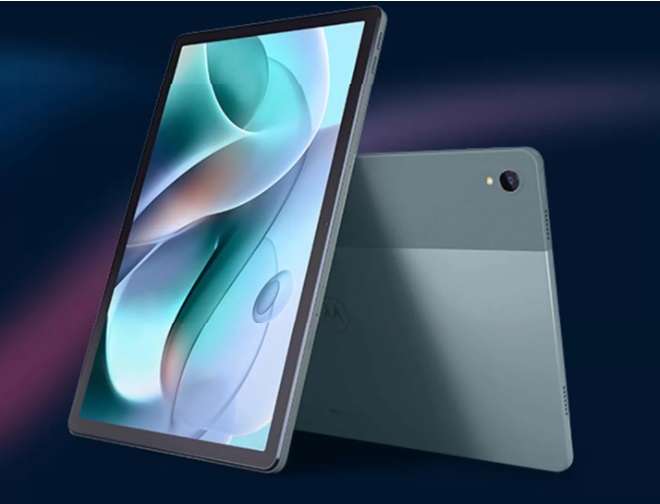 Motorola Moto Tab G70 is fairly light weight at 490 grams, with a thickness of 7.5mm.

Flipkart is of course an Indian store, but the release price should be the equivalent of around $300 when it’s finally released.

Motorola RAZR To Be Reborn As Foldable Tablet...