The upcoming new Microsoft Surface Studio 2 that we expect to be unveiled at Microsoft’s October 2 event, appears to have been benchmarked 11 times in public now in September, with very consistent benchmark figures.

So if these benchmarks are genuine, and there’s no reason to believe they are not, Microsoft’s new Surface Studio 2 will be powered by a 2.89 GHz – 3.89 GHz Intel Core i7-7820HQ processor, also known as a Kaby Lake H processor. Which would mean that at least this version of the Surface Studio 2 won’t feature a Coffee Lake processor. 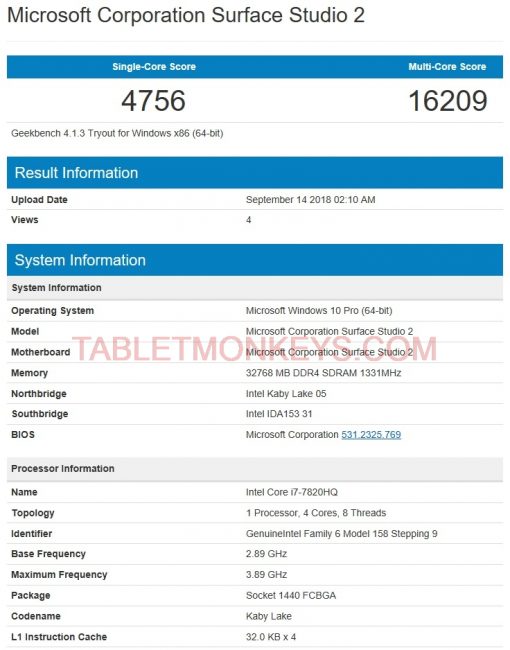 Then again, it is not unlike Microsoft to launch a high-end Surface with a processor that is either not the newest on the market or one that will be passed by relatively soon.

As for benchmark scores in Geekbench 4, the Surface Studio 2 appears with benchmark figures that rank anywhere from 5% to 25% above those of the 1st gen. Surface Studio. With a score of over 16.000 in multi-core score, and over 4.700 single-core score, this Windows 10 Pro computer can perform many tasks quickly and smoothly.

So these benchmarks gives us an indication of what we can probably expect in what may be the Intel Core i7 top model of the new Microsoft Surface Studio 2. 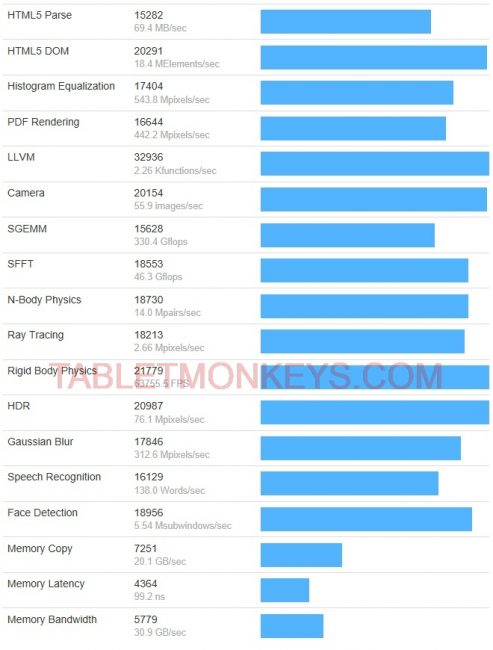