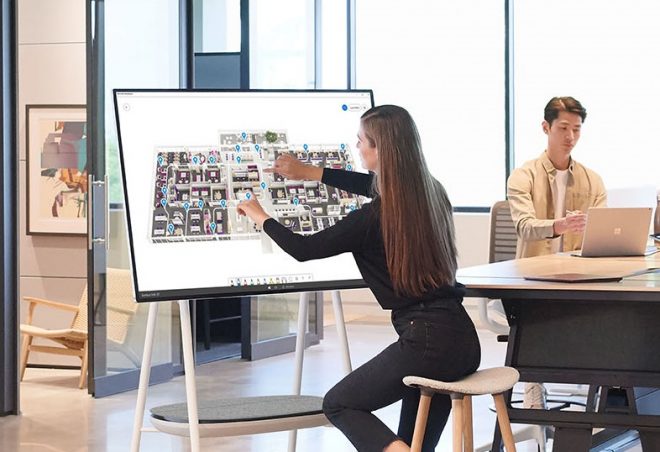 Surface Hub 2S will be a lighter, thinner, and more modern looking Surface Hub. But then the year after, Microsoft will release a combined software and hardware update to the Surface Hub 2S, that can turn it into a Surface Hub 2X. The update happens through a modular design type of upgrade, by changing what Microsoft labels processor cartridges, located on the back of the Surface Hub 2.

The Surface Hub together with the Windows 10 Team OS enables a different form of direct collaborative team work, so the Hub can be very useful. But at up to 1 dollar shy of $22.000, the Surface Hub can be costly for a business to purchase and learn to use. So with Microsoft enabling modular hardware upgrade on a screen that doesn’t need to be upgraded, businesses can save a lot of money or avoid costly replacements as the technologies continues to develop.

More Surface Hub 2 news will be announced in a couple of months Robin Seiler said.