We have a similar situation unfolding with the Microsoft Surface Book 3 as we have with the Surface Go 2. They are both listed by the many of the same retailers in the EU, which coincides with Microsoft’s approval from the FCC of a new unidentified tablet.

Both of these tablets have already been expected to launch this spring, but now we have the possible Surface Book 3 processor specs as well. 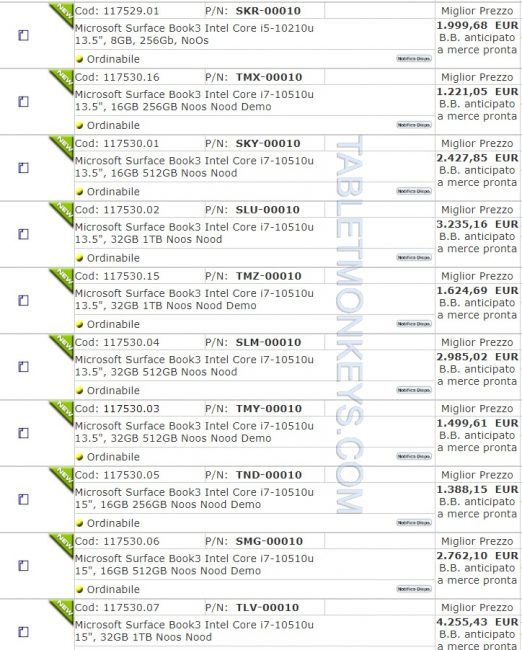 Some of the other new Surface accessories that have been listed alongside the new Surface Book 3 is a new 127 watt power supply, which also fits with the expectations for Microsoft’s new Surface Book 3. The release of this new Windows 10 Pro 2-in-1 tablet is currently expected to take place between April to May.