Microsoft held its May event today, which had been dubbed with the hashtag #MicrosoftEDU for a month, and with good reason, since the first 65 minutes of the event today was used to place Microsoft firmly in the middle of the education market in the US.

Windows 10 S
After a 10 minute introduction speech by Satya Nadella about children, students, the future and technology, the new school oriented OS Windows 10 S was introduced. This is the rumored OS that have for a few months been referred to as the Windows Cloud OS. 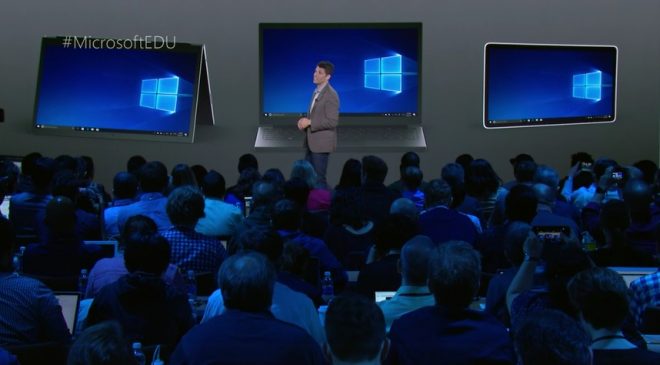 The Windows 10 S OS itself does as previously believed, meaning that it will only run and install apps from Windows Store. If someone tries to install another piece of Windows software, they will get a notice of the denial, along with recommendations to similar apps in Windows Store instead.

Microsoft says that this will help maintain security on the users side, but it can also help teachers control what apps a student should have on their computer. Another benefit is that every app is installed in a container that doesn’t impact the rest of the performance of the system, which should theoretically enable Windows 10 S to keep the same performance after months and months of daily use, at the same level as on day one. This as opposed to the old “clogging up the system over time” that many are familiar with on Windows from earlier years.

Logging in for each student will also be fairly quick says Terry Myerson, with a login time of less than 5 seconds after the first login.
In addition to this, a few central education apps and services will be launched during the fall, in particular software and hardware related to 3D and mixed reality. 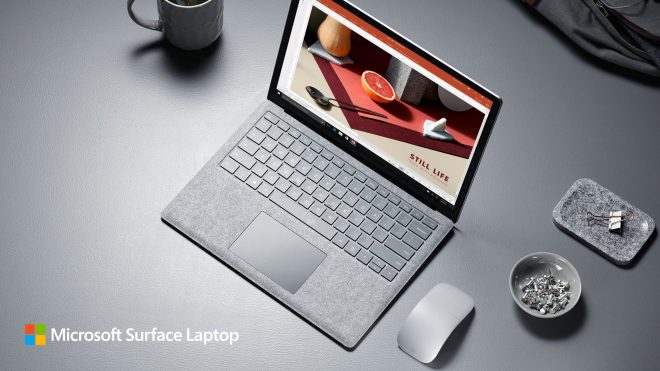 Surface Laptop
Then Surface division chief Panos Panay introduced the first Microsoft laptop which is in the Surface family, and it’s called the Microsoft Surface Laptop.

Windows 10 S isn’t the only option though. Users can acually switch to Windows 10 Pro for free before January 1st, 2018. Both options also includes Office 365 Personal for free for one year.

It has options of the latest 7th gen. Intel Core i5 or i7 “Kaby Lake” processors, up to 16GB of RAM, and 128GB to 512GB of storage. And not only that, but the PCIe storage is integrated into the motherboard. A 1TB Surface Laptop will also be added a couple of months down the line.

The casing is made of aluminum, but is dressed in a matching color with the keybaord, which are Burgundy, Platinum, Cobalt Blue, and Graphite Gold. The backlit alcantara keyboard has something as cool as Omnisonic speakers hidden underneath the keyboards facing up to the users, with Dolby Premium Audio.

The Microsoft Surface Laptop has a 10-point touchscreen and is compatible with the Surface Pen and the Surface Dial. Additional specs includes a full-size USB 3.0 port, a Mini DisplayPort, and Surface Connect. 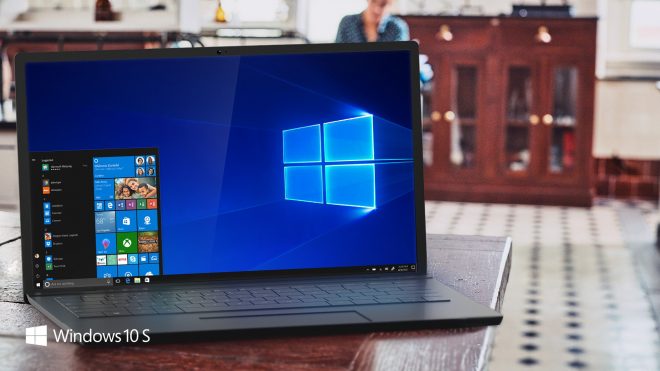 A new Microsoft Arc Mouse was also launched today alongside the Surface Laptop, which has a pretty smart almost touchpad style of scroll pane where you rest your fingers. This area lets you swipe your fingers sideways or up and down for vertical and horizontal scrolling.

The wireless new Arc Mouse will be released at the same time as the Surface Laptop, but it’s taking orders today too in the 4 different colors grey, burgundy, black, and cobalt blue to match the laptop.