Ever since the iPad was launched, there haven’t been that many gaming tablets, though there have been some that have been very good, starting with the 7-inch JXD’s

, then later with the Intel Core powered Razer Edge tablets that were normal 10.1-inch tablets with optional controllers, and last year we got the Nvidia Shield Tablet.

And while there are controllers in the market that can be fitted to tablets, there’s never before been anything like the upcoming Mad Catz L.Y.N.X.9

Mobile Hybrid Controller that will be released on August 30. This controller will make any tablet feel like a gaming tablet.

And best of all, it’s a transformer style device that can be folded out when you need to play with it, and then folded back into a small portable device if you want to carry it with you. It really feels like someone has put a lot of thought into this.

In addition to controllers on the sides, it has a full but small QWERTY keyboard, a mouse, its own microphone with voice search support, and cables to connect it to a HDTV. It’s also possible to customize the sensitivity and reaction of the sticks and triggers.

This gaming controller isn’t just for tablets naturally, since Bluetooth can connect it to any smartphone and computer too, with support for various operating systems. Mad Catz L.Y.N.X.9 looks like a crab without a tablet or smartphone fitted into it, but it’s a cool looking crab. The only speed bump is the launch price of $299. It really shouldn’t cost that much to have the best controller there is. 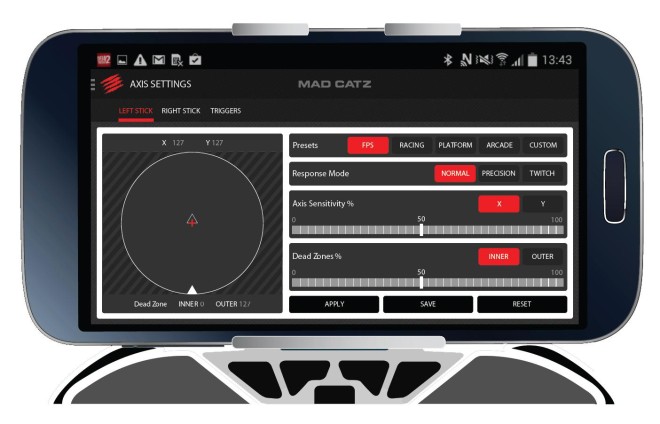 Adjust the sensitivity of the gaming controller 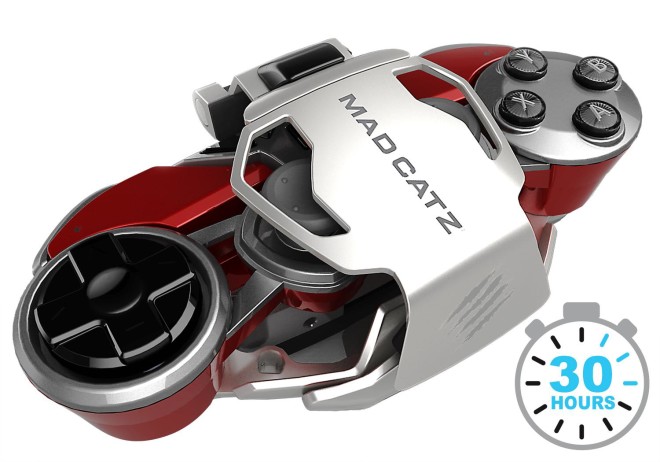