LG unveiled their second iteration of the Rolly keyboard today, called LG Rolly Keyboard 2, which will launch in early May.

LG’s Rolly keyboards roll up, row by row, which makes them quite portable, and has offered a different solution than other foldable keyboards.

The new Rolly 2 keyboard has been equipped with another row of keys, which should increase its appeal a lot, because the former LG Rolly keyboard mainly focused on the QWERTY keys. 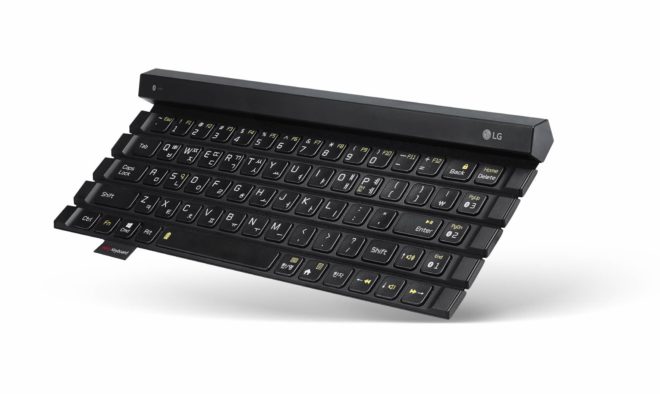 But now with the Rolly 2, we get an additional row of dedicated number keys and F-keys, in addition to various OS-specific buttons for all three main tablet operating systems, including Android, Windows, and iOS.

The new foldable Bluetooth keyboard can multi-pair with 3 devices at the same time in case that would be useful.

Device compatibility is with tablets, phones, and other smart or mobile technology running OS versions no later than Android 4.0, iOS 7, or Windows 7. So it’s basically compatible with every tablet sold the last couple of years.

It runs on a small AAA battery that LG says lasts for 3 1/2 months with daily use, and the weight of the keyboard is 161 grams. LG also added a small flap to the new keyboard so that it will be easier to unroll. Despite the impression we can get in one of these press images, the keyboard doesn’t feature a built in stand for tablets or phone though. 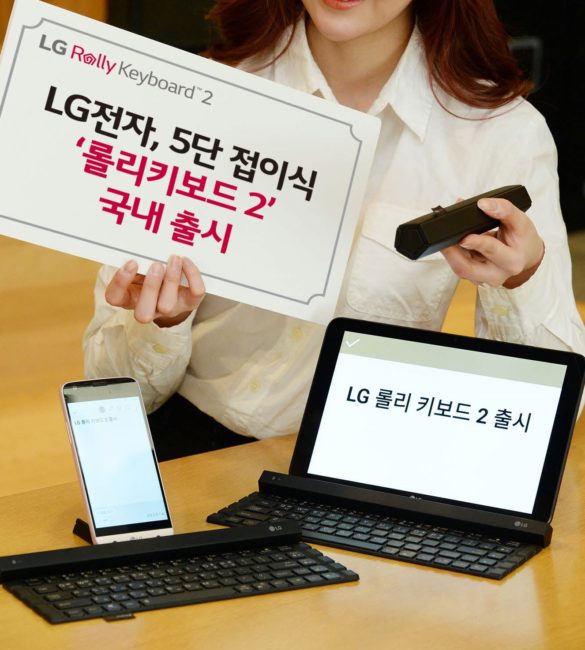 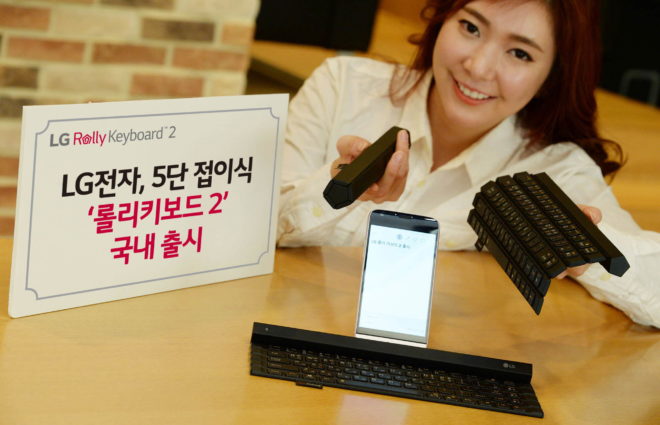