With the CES trade show coming up in Las Vegas in early January, LG have made two pre-show announcements on LG tablets. The first one was for the LG G Pad III 10.1 FHD LTE that was announced in South Korea yesterday, the other one is for a stylus version of the same tablet that LG says will be launched in early 2017.

I studied the specs and the design of the LG G Pad III 10.1 FHD LTE, and I personally can’t see one bit of difference bewteen this tablet and the October launched LG G Pad X II 10.1 LTE. If this is the case, and it appears to be just that, then once again I think it’s just LG trying to get its ducks in a row as far as tablet branding and naming goes.

The naming is uninteresting to me, but the tablet itself, the LG G Pad III 10.1 FHD LTE or LG G Pad X II 10.1 LTE has actually been a popular 10.1-inch Android 6.0 tablet ever since it was released. This is an unlocked 4G Android 6.0 tablet.

It’s powered by an octa-core 1.5 GHz Qualcomm Snapdragon 617 processor, has 2GB of RAM, 16GB of storage, and a future proof 2TB of microSD card support.

The 10.1-inch screen has a Full HD 1920 x 1200 resolution display, full Wi-Fi cover, Bluetooth 4.2, 5MP front and rear cameras, a full-size USB Type-C port, Microsoft Office for Android, and a lot of LG apps for tablets/smartphone mobile use enhancements, as well as a built-in kickstand.

LG says it will announce the stylus version of this tablet in early 2017. This could be the LG X760 version we wrote about some weeks ago. 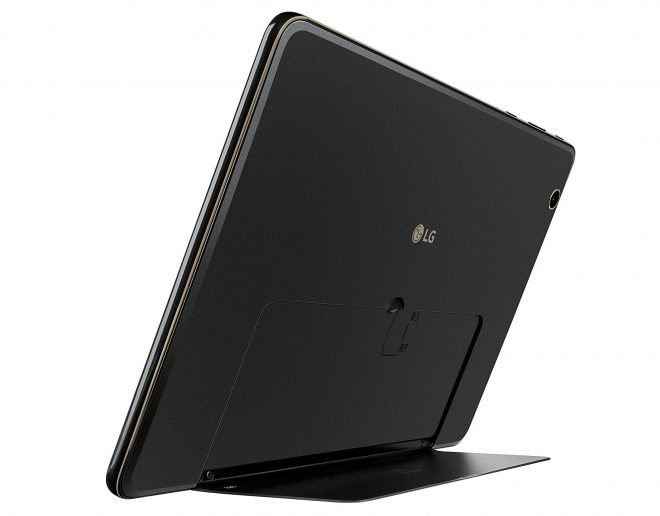