AT&T announced the Lenovo Moto Tab today, a crossover of the the AT&T Primetime tablet and Lenovo Tab 4. It will be launched for $299 on November 17 from att.com/mototab (page not live before launch).

It is essentially a 10.1-inch Lenovo Tab 4, just with the Primetime features, such as DirecTV and similar AT&T services.

Underneath, this Android 7.0 tablet has the same design and specs of the Lenovo Tab 4 with front facing stereo speakers with Dolby Atmos, a 7000 mAh battery, fingerprint reader, as well as support for the upcoming Lenovo Home Assistant with Alexa. 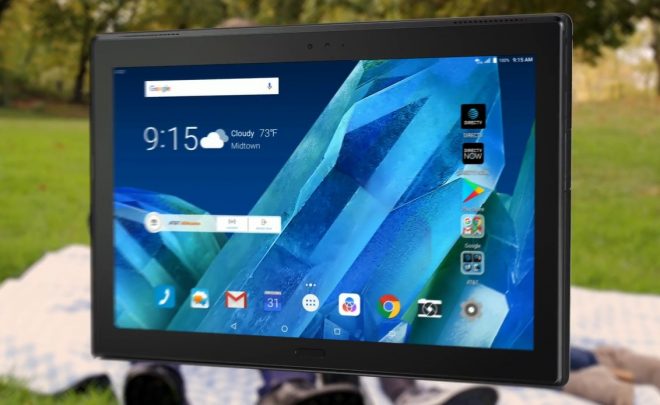