Kensington currently makes some really good tablet and computer accessories, and one of the most exciting of these is the Kensington Surface Pro dock that was announced in July. It has started taking pre-orders for a price of $349 and will be released on November 15:
https://www.amazon.com/Kensington-Surface-Docking-Station-K62917NA/dp/B07FWQHYX

The full name of this tablet dock is Kensington SD7000 Surface Pro Docking Station and it is made to fit the Surface Pro 4 and the latest Surface Pro 5.

What the Kensington Surface Pro dock does apart from making it look like a mini Surface Studio, is to give it features you otherwise wouldn’t get on Microsoft’s latest Surface dock at the moment. 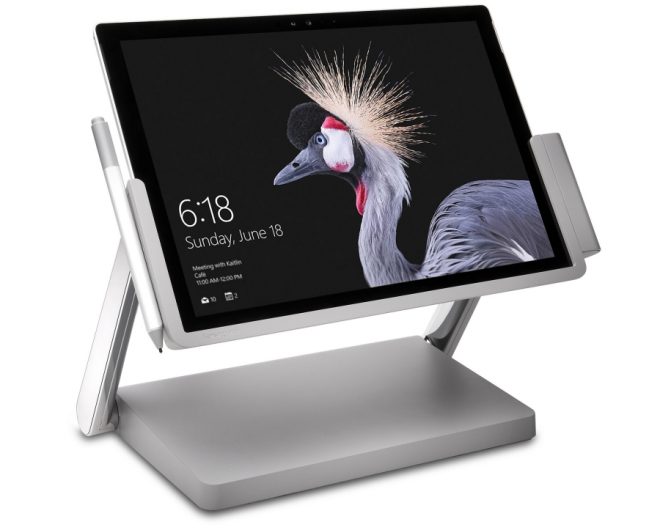 Physically the Kensington Surface Pro docks acts as an easily adjustable tablet stand with magnetic attachment for the pen on the side. It can also be physically locked with the optional lock modul. One is called “Dock Lock” for locking the Surface Pro into the dock from the side, while the other is called “MicroSaver 2.0 Keyed Lock” and can lock down the whole combined unit by wire from the back of the dock.

On of the greatest design features here is that the tablet can be held in front of you in the air, unlike on traditional tablet stands where the tablet will need the tablet stand/cover to rest on a table for support.

The last two ports on Kensington’s Surface Pro dock are the 3.5mm audio combo jack for headphones/mic or computer speakers to rock the office with, as well as the power/charge port which comes with the necessary power adapter and cable.

It also looks like Kensington must have built this Surface Pro dock well, because it comes with a 3 year warranty. 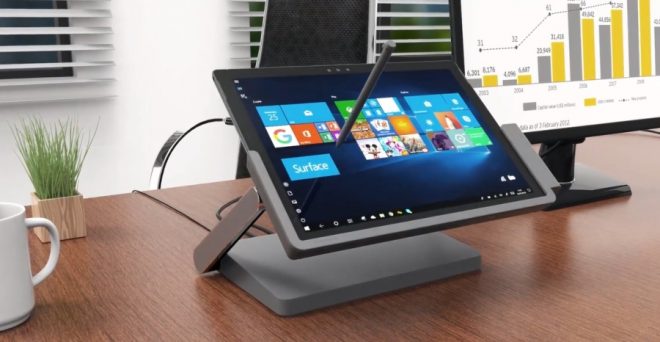 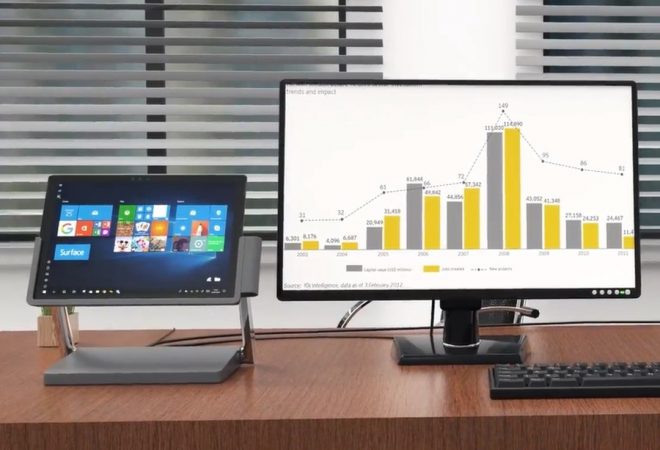 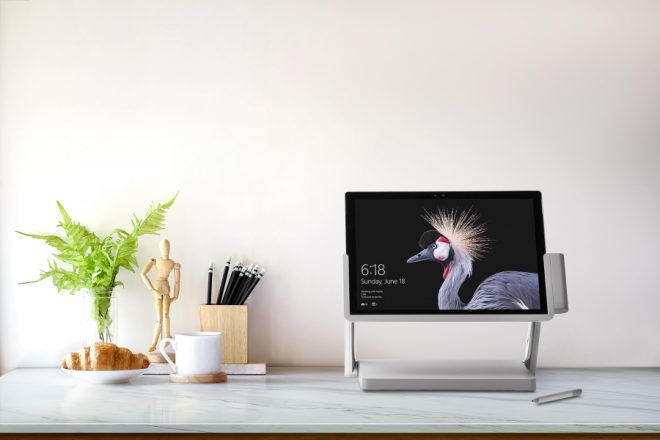 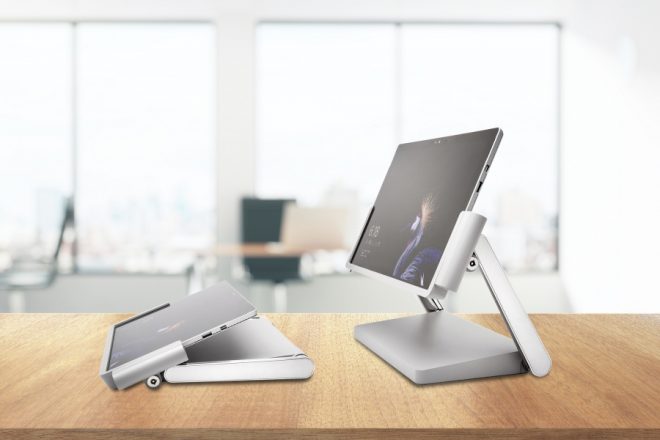 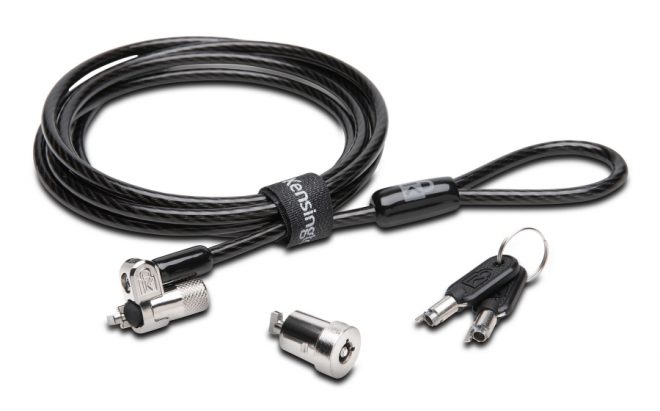 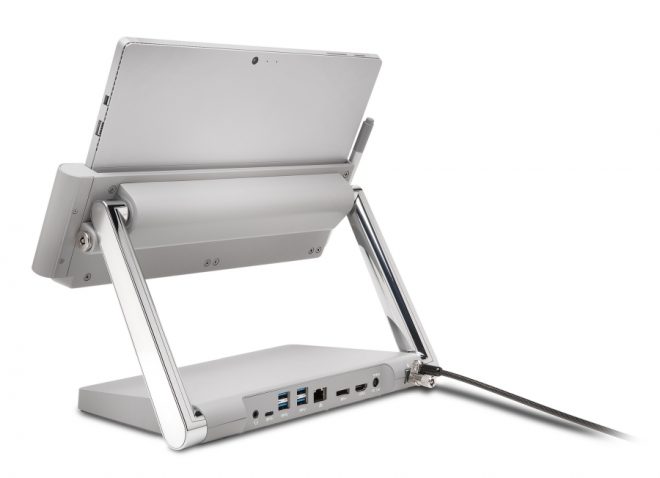