In Japan, the Full HD Asus MeMO Pad (ME581C) was launched during the summer, something we didn’t see in the US. Now there’s a new version of this tablet already with a different processor.

And once again it’s launched in Japan, with new support for Japanese Kanji input through the ATOK feature. Launched today, the new Asus MeMO Pad (ME581C) sees a swap from the previous Intel Z3580 processor to the Intel Atom Z3560 processor.

With the new processor it has also lost some 13 gram in weight, now weighing 292 gram, which is good for a 8-inch tablet.

So all Asus have to do now is bring it over here. The price in Japan is 39,744 Yen, or the equivalent of $327.
It’s available today from Asus Japan though. For those looking for an 8-inch Android tablet with this level of specs or higher, the Nvidia SHIELD Tablet is available already for a lower price and with even higher specs, particularly with the processor. And it has Android 5.0 already too. 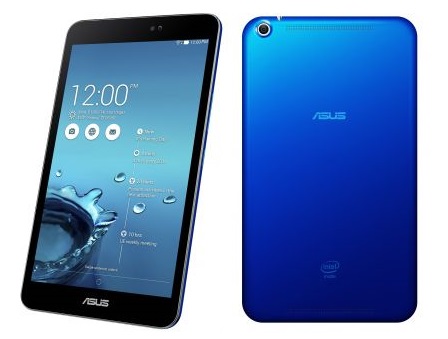