Apple introduced the much rumored iPad mini today, as a 7.9-inch alternative to the bigger 9.7-inch iPad. Entry price is $329, with Apple taking pre-orders now before the November 2 release date.

The new iPad mini sports 7.9-inch display with 1024×768 resolution at 163PPI, with iOS 6, dual core A5 chip, 1.2MP front camera and 5MP rear camera, and 10 hours of battery life. It has all the features of a regular iPad 2, but not the retina screen found on The New iPad (2rd generation iPad). 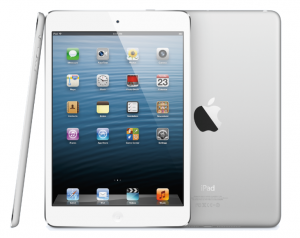 iPad mini has a design of aluminum and glass that’s 7.2 mm thick, and weighs 0.68 pounds or 308 gram. For a tablet of almost 8-inches, that’s a very impressive weight. It makes it the lightest tablet on the market right now. [See comparison list]

iPad mini features dual-band 802.11 a/b/g/n 2.4GHz and 5GHz Wi-Fi support for speeds up to 150 Mbps, so it can compete with the new Kindle Fire HD’s. And just like the Kindle Fire HD 8.9 there’s the option of a cellular connection which will give you GPS as well.

Other sensors are found on both models is a three-axis gyro, accelerometer, digital compass, and light sensor. Other connctivity found on boths is Bluetooth 4.0. 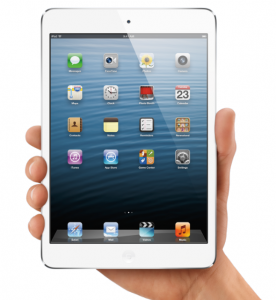 It’s a nice budget iPad, but I’m guessing people will buy it because of the iOS operating system and Apple ecosystem, not because of it’s specs, since both Amazon and Barnes & Noble have cheaper tablets. Particularly B&N’s new NOOK HD+ with 1920×1280 display and $269 price.