Windows tablets have always had it, some of Samsung’s Android tablets have had it for a few years, but now even Apple is enabling multitasking on their iPad’s with the new iOS 9.

The announcement came from Apple’s annual update event today where they announced news, updates, and a roadmap for the future of Apple. The public beta version of iOS 9 will become available for testing in July, with full OTA update later in the fall. Unfortunately the first iPad is not compatible with iOS 9 says Apple, as the minimum requirement is Apple iPad 2. 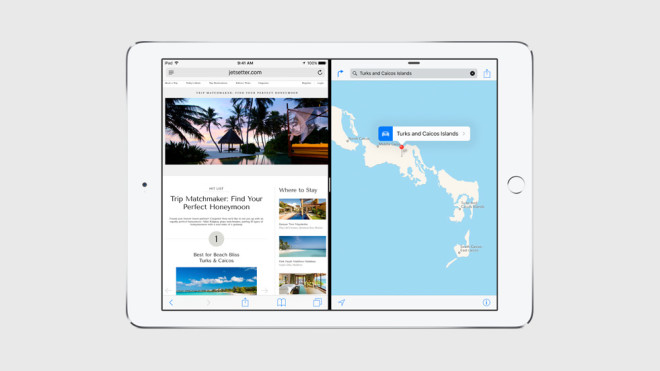 But for the first time on an iPad it will now get a two-window multitasking feature called Split View.
The feature to open a second app is called Slide Over.

In iOS 9, Apple is also adding support for keyboard shortcuts that can be set to switch between apps. Apple is endorsing keyboards for iPad, how about that? 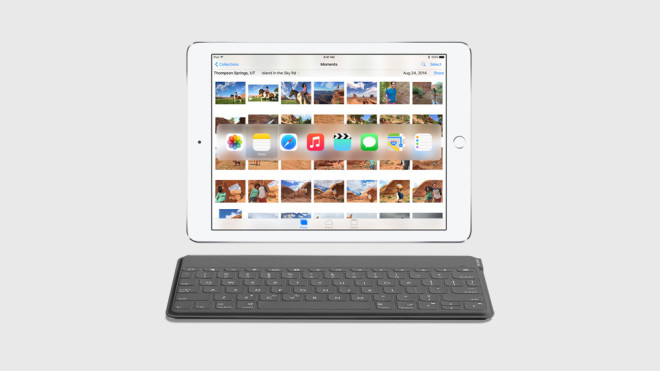 Another feature related to multitasking as called Picture in Picture that lets users scale down a video in size and keep it floating over an app, like if you reply to an email. 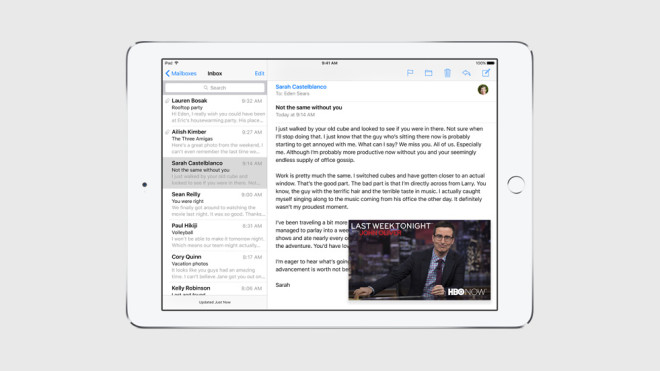 Apart from multitasking, Apple is also staying on top of the Internet of things and connected homes, by adding a set of apps called HomeKit with iCloud Remote Access to home sensors like lights, locks, thermostats, and similar connected things in the home. 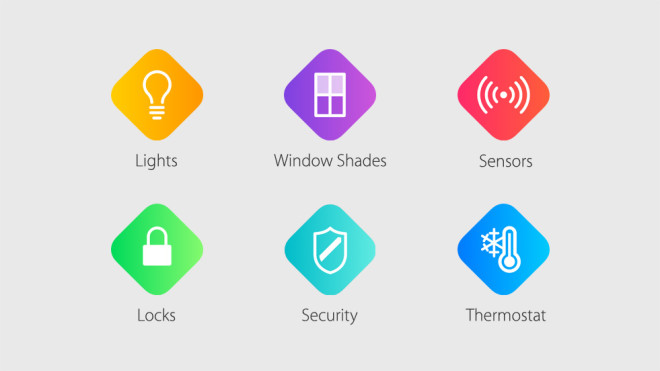 And as a neat little bonus, iOS 9 will be smaller to install than iOS 8 which will free up space on the iPad.
This is similar to what was reported in March, when it was announced that Microsoft will free up space with Windows 10 on tablets that upgrade from Windows 8.1 to Windows 10. 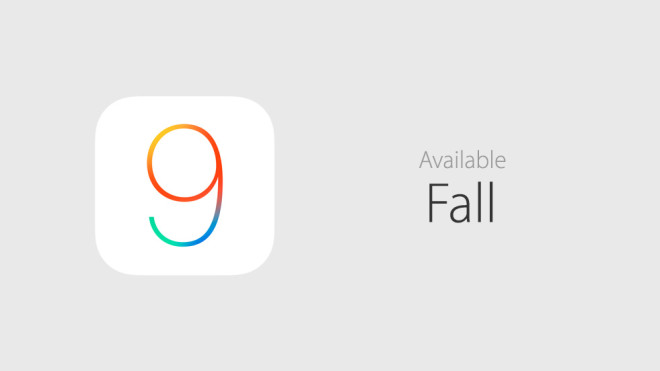