HyperX, a division of computer memory and computer peripherals company Kingston, announced what they call their first HyperX Gaming microSD card series this week, touted as storage expansion for Nintendo Switch and other gaming tablets.

These new HyperX microSD cards are made according to the micro SDXC UHS-I, CL10, U3 Speed Class standard, with a maximum of 100MB7s read speeds and 80MB/s write speeds. And mentioning that is important because when HyperX was announced as a microSD card for gaming or Nintendo Switch in particular, some interpreted that as if this was the first microSD card fast enough for gaming tablets, when there are faster microSD cards out there.

Of these, the Lexar Professional 1800x is the fastest microSD card of them all, with a max read speed of 270MB/s, together with the SanDisk Extreme Pro SDXC at 275MB/s max read speed. Both of these microSD cards rank in the top two spot even ahead of Samsung when tested against their claimed speeds in real world use. 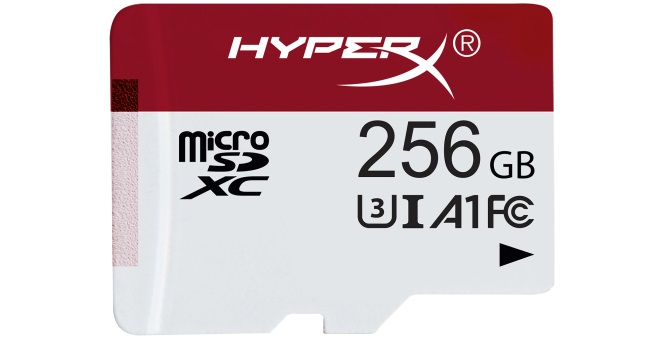