It’s official. Huawei let the cat out of the bag today and announced that sure they have a Huawei MatePad Pro 11 in the works, and it will be unveiled on July 27.

And with that announcement they also gave us a little teaser image that hints of what’s to come.

Nothing is really know about the specs yet. I discovered a new wireless keyboard for it in June, but other than that we only have a couple of model numbers to go by.

As a tablet in Huawei’s Pro range, it should have more or less flagship specs though. But we know also know that it will be unveiled alongside the new HarmonyOS 3, which now spans across both cars, gadgets, smartphones, and tablets. 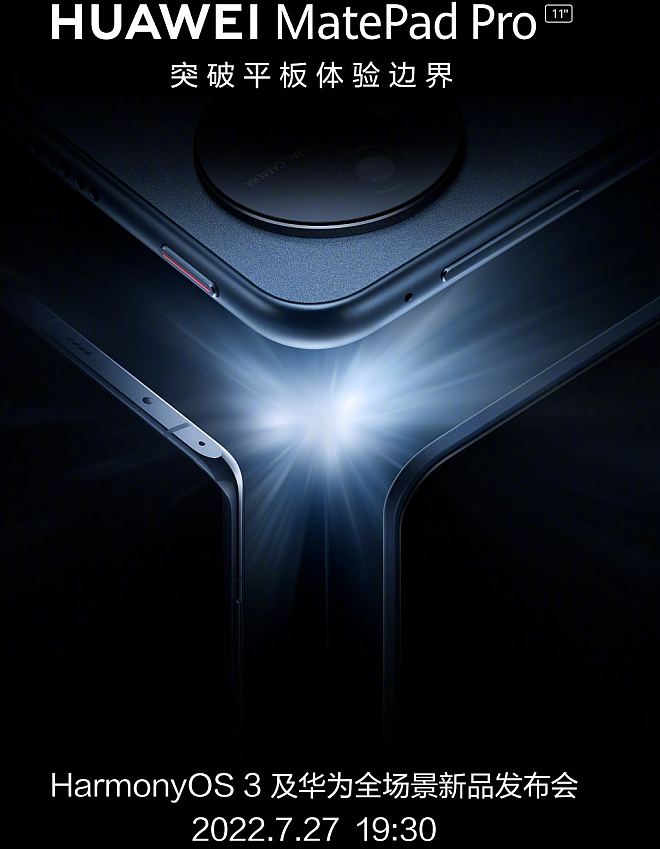