The Huawei MateBook deal with free keyboard included with the Huawei MateBook Signature Edition have been extended until September 18 in both USA and Canada:
US: https://www.microsoftstore.com/store/msusa/en_US/pdp/Huawei-MateBook

The cheapest MateBook begins at $699, and the keyboard otherwise costs $129. The rival, Samsung Galaxy TabPro S costs $749 with the same processor, RAM, and storage. So that’s a good offer.

But the Huawei MateBook deal includes a free keyboard with both the Intel Core m3 and Intel Core m5 processor models, with either 4GB of RAM or 8GB of RAM, and 128GB, 256GB or 512GB storage, which is more power and storage than Samsung Galaxy TabPro S has. 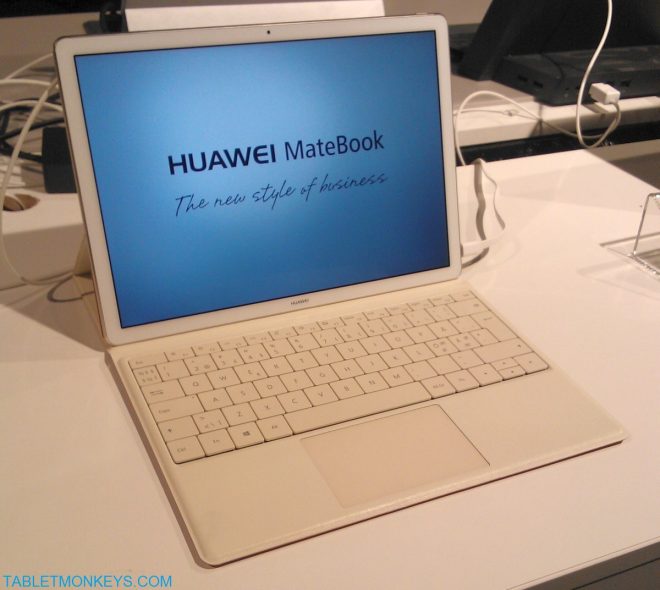 The 12-inch Windows 10 2-in-1 tablet Huawei MateBook is the sexiest looking Windows 10 tablet on the market, and I dare say it looks more sexy than any iPad even.

The elegant finish and build quality feels perfect, and it feels good to hold in my hands and to look at over time. It’s the kind of tablet computer you look forward to using every day. It has a high 2160 x 1440 display resolution with a color accurate and very pleasant display, a USB Type-C port, fingerprint reader for security and quick access, a 9 hour battery life, complete Wi-Fi cover with dual-band 2.4 Ghz and 5 GHz 802.11 a/b/g/n/ac band support along with Bluetooth 4.1, it has Dolby stereo speakers, digitizer support for the optional stylus, and a 5MP webcam.

At 639 grams, it’s the lightest 12-inch Windows 10 tablet that also has a proper Intel Core processor, 53 grams lighter than the Samsung Galaxy TabPro S even. And at 6.9 mm in thickness, it is both thin and light, which makes it very portable and mobile, which is what Huawei wanted to achieve with the MateBook.

The keyboard is thin and light too, fast to type on and silent, with good feedback in the keystrokes, and it doubles up as both a stand and a cover for the tablet too. 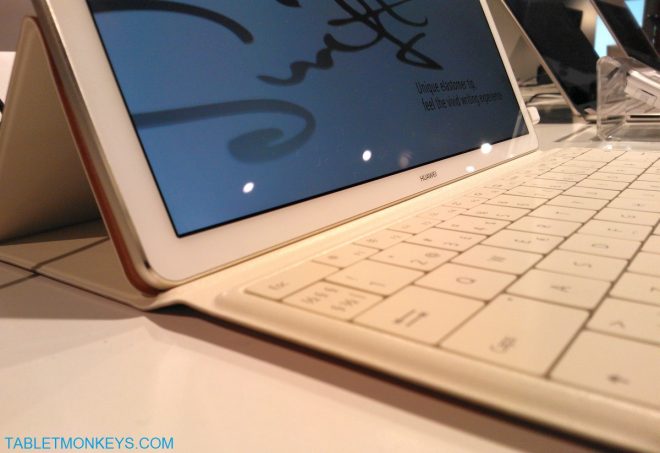