Huawei is now reported by Cnet to be working on a foldable phone. But unlike the dual-screen ZTE Axon M that was unveiled last week, Huawei seems to want to take different approach, with a bezel-less design solution. 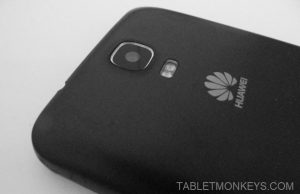 The news comes from a conversation initiated by Shara Tibken of Cnet, who got the information from talks with Richard Yu, the CEO of one of Huawei’s consumer divisons.

And according to the conversation, Huawei have already built the prototype, with Yu even going so far as to reveal that the foldable phone Huawei is working on is one where Huawei wants to do away with the gap that exists between the screens, such as the bezels and gap seen on the ZTE Axon M.

Richard Yu also said that the foldable Huawei phone could launch in 2018.