Today HP announced the HP Envy 8 Note that Tabletmonkeys broke the news of while ago. The HP Envy 8 Note is an 8-inch Windows 10 tablet with both 4G LTE, digitizer pen, and keyboard that has been built according to the principle “productivity on the go” says Michael Park, VP of mobility at HP.
http://www.amazon.com/gp/product/B016S0W3VO

In one way this is a little mini-Surface. If you click the pen then the HP Instant Note app will appear so you can start writing immediately, just like on a Surface. The processor of the HP Envy 8 Note is the popular quad-core 1.44 GHz Intel Atom x5-Z8300 processor with Intel HD Graphics GPU.

The 8-inch screen has a Full HD resolution of 1920 x 1200, on a screen protected by sturdy and scratch resistant Corning Gorilla Glass 3.

It has 2GB of RAM, 32GB storage with microSD card expansion support, a 2MP front camera with 720p recording, and a 5MP rear camera with 1080p recording, with bang & Olufsen Play audio technology for the speakers. Other specs include dual MEMS microphones, an accelerometer, gyroscope, hall sensor, ambiance, proximity sensor, GPS, A-GPS, GLONASS, and a USB 2.0 port. The tablet is 7.7 mm thick and weighs 430 grams. 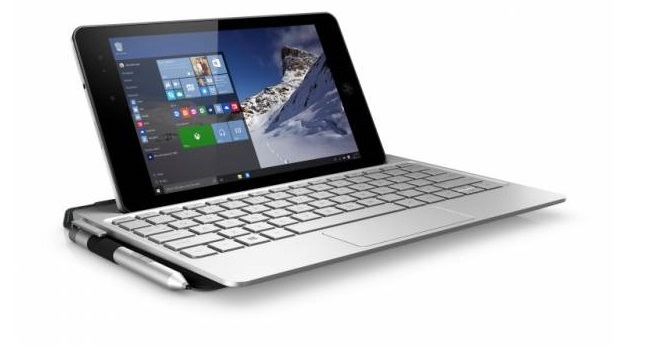 HP Envy 8 Note will launch in the US on November 8, with a launch price of $329 for the tablet with stylus / digitizer pen included. If you want the keyboard bundle too, it will cost $429 in total when it is released next month.

The battery life is 6.25 hours, so that’s nothing to write home about. But if you use the tablet for work you can always tell your boss you had to quit early because the battery just died on you. So the battery life kind of contradicts the “productivity on the go” principle that HP mentioned. A cheap additional portable power bank would take care of that though, so it’s still manageable. The battery life is just lower than expected on this kind of device.

The accompanying HP ENVY Note Keyboard Folio is made of aluminum and has a key travel of 1.5 millimeter, and it is a 10-inch keyboard. The benefit is that it works like a full size keyboard. The only downside is that it makes the keyboard and tablet together wider than 8 inches. The keyboard weighs 550 grams.

The price isn’t too bad for a Full HD tablet with those features, 4G LTE, and a digitizer included. People can also skip the official keyboard and go for a keyboard 1/3 of the size with the Microsoft Universal Foldable Keyboard or other foldable keyboards. I know a lot of people are looking for just this kind of tablet, so in most ways, the new Envy 8 Note should fit the bill.

(UPDATE: The HP Envy 8 Note has now been released.) 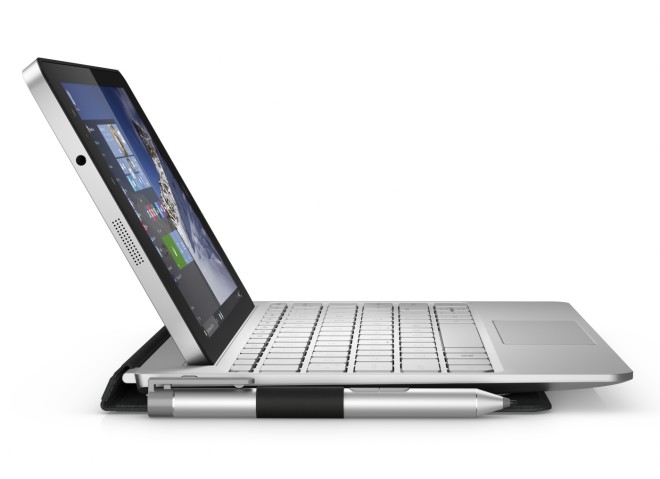 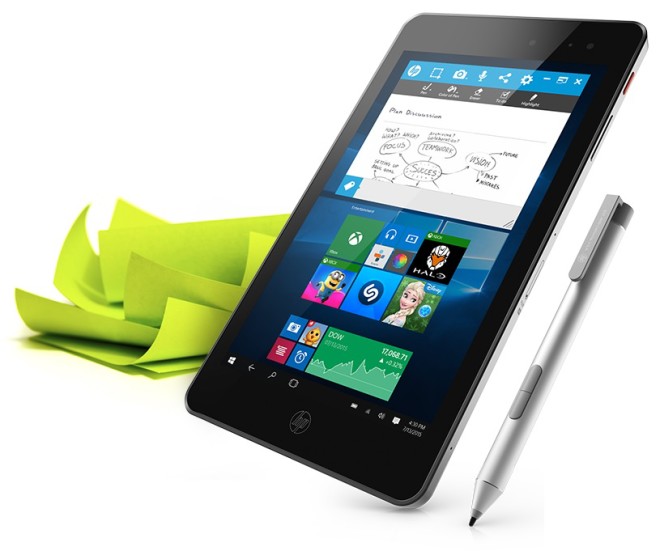