In addition to the upgraded new Surface Pro 6, one of the other Windows 10 computers Microsoft unveiled was the new Microsoft Surface Studio 2: https://www.microsoft.com/en-us/p/surface-studio-2/

As a 28-inch desktop computer, it would normally fall into the category of a AIO (All In One), but given the unique design, it is different from other AIO. And here’s a brief look at the highlights of the new Surface Studio 2.

The most important change is the upgrade to the 7th gen. Intel Core i7-7820HQ processor, which we wrote about in our exclusive Surface Studio 2 benchmark leak last week that tech writers, and freeloaders on Reddit later stole from us without giving us credit for it (but that’s another story).

As we saw in the Surface Studio 2 benchmarks then, Microsoft has this quad-core processor set between 2.89 GHz and 3.89 GHz. There are no processor options by the way, only 3 configuration options of GPU, RAM, and 1TB / 2TB SSD BGA PCIe NVMe storage that can be selected.

Gone is the entry leven 8GB RAM version, as only options of 16GB and 32GB of DDR4 SDRAM are available now, and that was a necessary move for the Surface Studio ecosystem and to future proof the new Surface Studio 2, too.

The 28-inch screen is also very different from AIO’s. And it’s not just because you can stand and use a Surface Studio at various angles. It’s also because the touchscreen with activide digitizer support for the 4096 pressure level sensitive pen and the Surface Dial feels just like a high quality table screen. It doesn’t give in and because the screen is meant to be used and touched all the time, the 28-inch display is protected by Gorilla Glass to make it sturdy and scratch resistant. 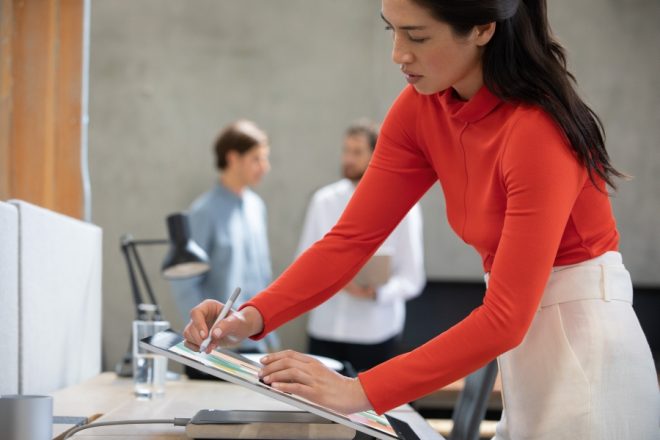 The Gorilla Glass comes in addition to a 10nm layer of anti fingerprint coating on top of that. The 4K display (4.5K) with a resolution of 4500 x 3000 also has highlights such as tilt support for the digitizer, they are individually color-calibrated and have professional color options of sRGB, DCI-P3 and P3-D65, and features a brightness of 515 nits.

The next highlight is harder to describe if you haven’t actually used a Surface Studio before, and that’s the fact that the Surface Studio 2 has 10 speakers. There are 8 speakers around the screen, with an additional 2 speakers in what is knows as the base of it. These are Stereo 2.1 speakers featuring Dolby Audio Premium sound, and the microphones too are stereo microphones.

So in sum, the the new Surface Studio 2 handles graphics and files 50% faster than before, it has a 38% brighter screen, and offers 22% more contrast. 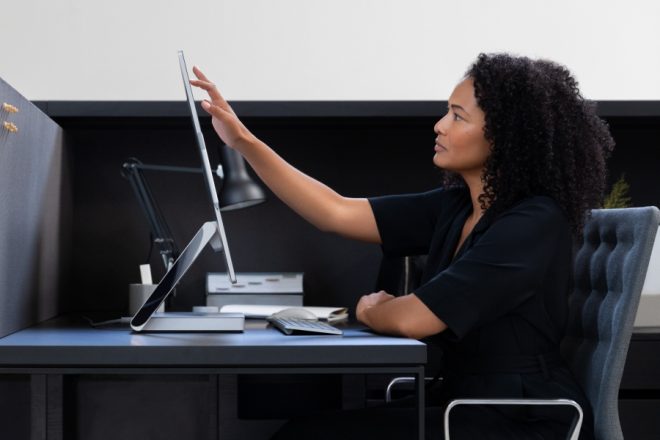 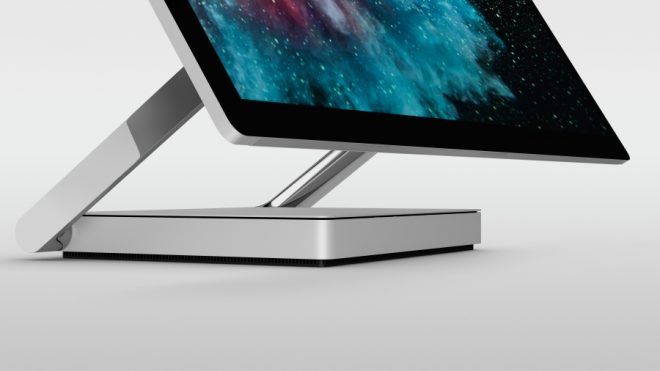 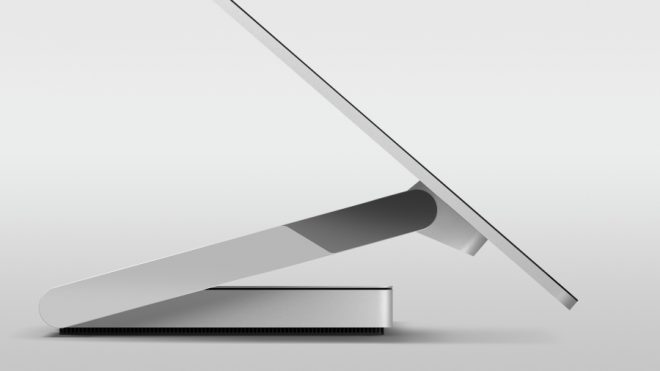 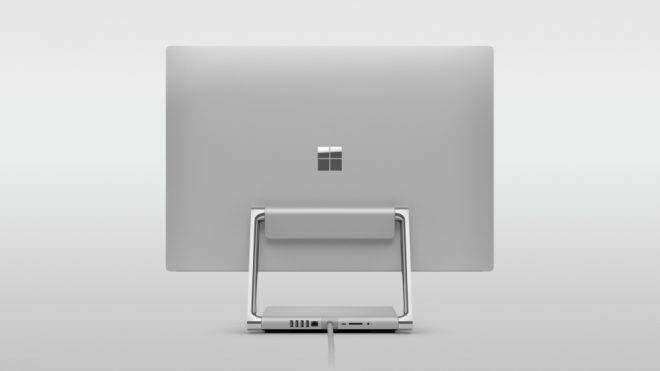