Fyde, the team behind the Chromium based FydeOS from 2016 have decided to create the first dedicated Fyde OS tablet which will be the Fydetab Duo, a 12.35-inch 2-in-1 tablet that will get its own crowdfunding campaign soon.

Fyde says that since this tablet is launching with FydeOS, it will behave like a Chrome tablet in developer mode, though with an unlocked bootloader so it’s open to run other open source operating systems too.

The price of the tablet will be determined once the negotiations with the suppliers have been finalized. But the actual hardware specs seems to be final though. 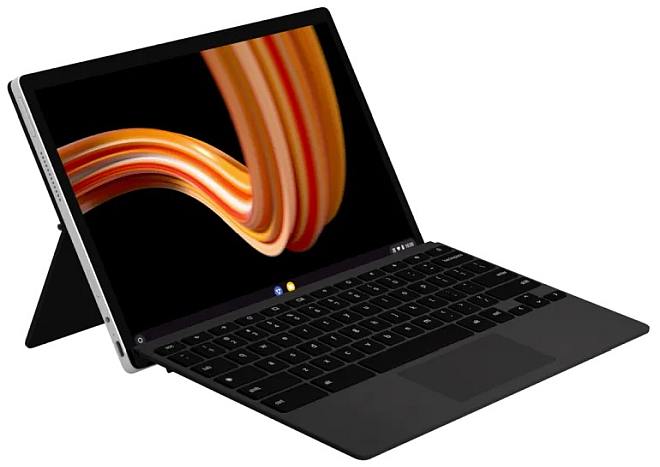 And the tablet itself will feature color options of Islay grey or Speyside red.

The thickness is 8.5mm, with a weight of 890 grams for the tablet or 1130 grams in total with the keyboard and rear kickstand combined.