I discovered today that the upcoming splash-proof Windows 8.1 tablet Fujitsu Stylistic V535 have just passed through FCC, pushing it closer to launch.

Fujitsu Stylistic V535 was announced one month ago as an 8.3-inch Windows tablet for typical industrial and enterprise use, though it will be possible to buy it in select stores as a consumer too.

Among 8-inch Windows 8.1 tablets, it has specs that only the Lenovo ThinkPad 8 can compete with. For starters it runs a more powerful Intel Atom Z3795 processor than tablets in this segment does. And it also has 4GB of RAM, which resolves another common complaint on tablets after 1GB Windows tablets were introduced a little while ago. 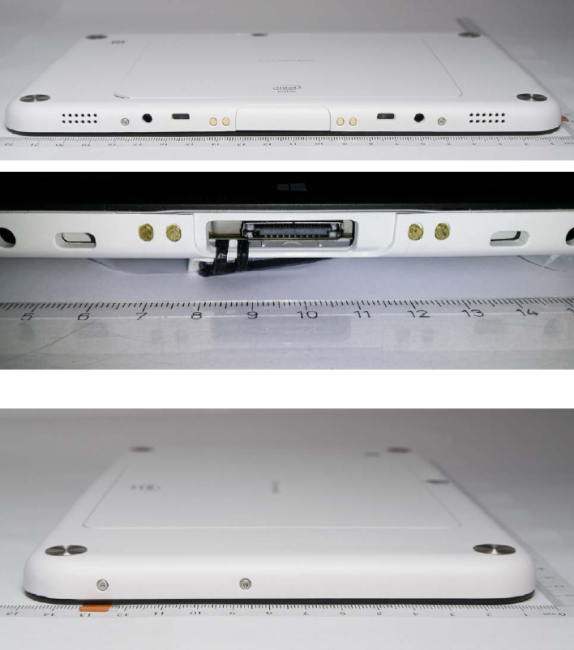 The 8.3-inch screen has digitizer support and Full HD with a resolution of 1920 x 1200. Storage options are 64GB and 128GB, so that drives up the price unfortunately. And the rest of the specs are also higher than average, with a complete range of Wi-Fi bands support, NFC, a 2MP front camera, 8MP rear camera, 64-bit Windows 8.1, and a splash proof/dust proof IP65 rating.

Fujitsu have a reputation for making rock solid computers, but it really depends on you own experience, because Fujitsu have made duds in the past, like most other tablet manufacturers. But at least we can take a closer look at this tablet through the pictures I found in the FCC documents to get an idea of how it’s put together.

For the Fujitsu Stylistic V535, Fujitsu has also developed some accessories, which are a little different than the typical cases, covers, and kickstands people buy for tablets, and these include a case with a backstrap, car holders, and rugged cases, as briefly shown Fujitsu’s video below. 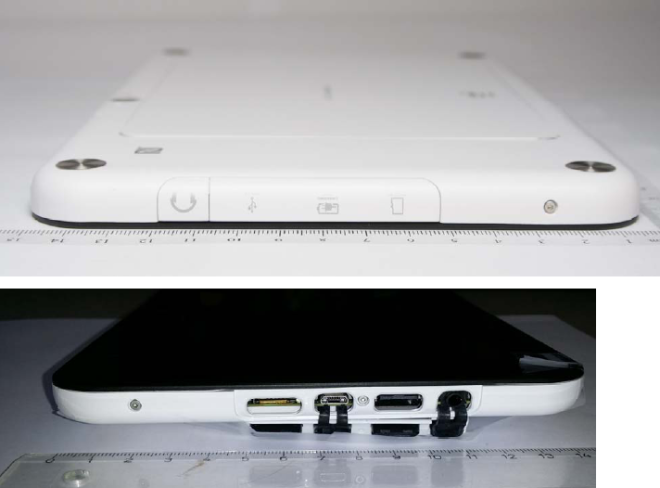 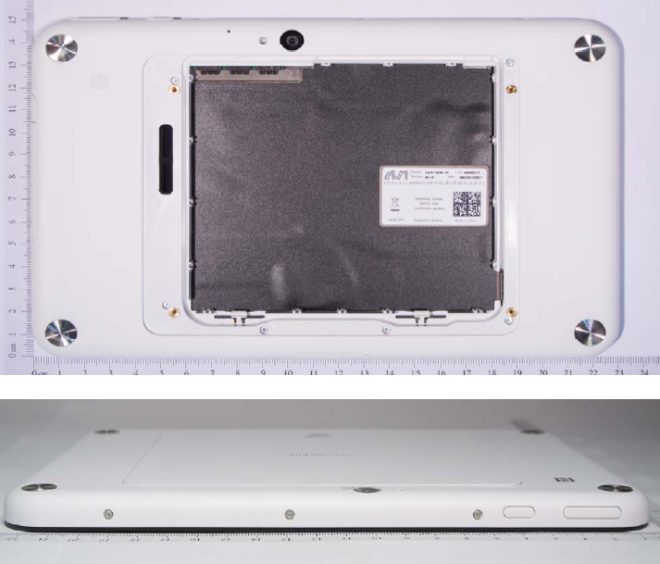 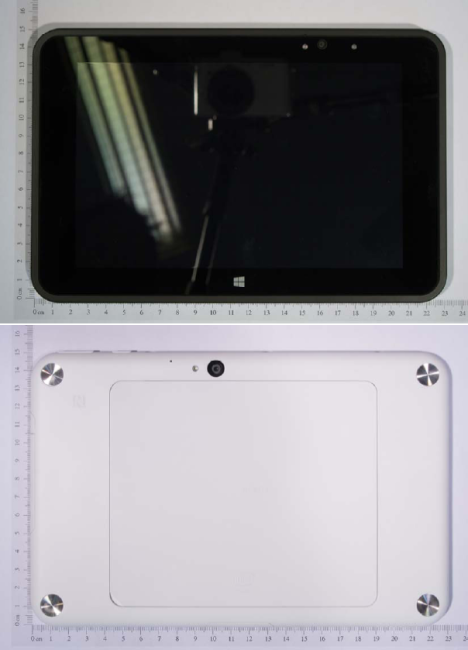