Fujitus announced their 2017 line of enterprise tablets in Tokyo today, along with their other enterprise computers for 2017, and there were 4 Fujitsu tablets announced today.

So these are enterprise tablets, and as such, they are very expensive unfortunately, starting at $1300 USD, even when it’s a 6-inch tablet. So in other words, in a completely different price range than the Teclast X80 Power we reviewed a few days ago, which has since gone on sale for under $99.

Fujitsu Tablet Arrows Tab V567/P is the first enterprise tablet announced today. This is a 6-inch Windows 10 tablet with Intel Atom x5-Z8550 processor, 4GB of DDR3 (1600 MHz) RAM, 64GB storage, and a 1920 x 1080 resolution display. It has a 6 hour battery life, NFC, and fingerprint sensor since this is a enterprise tablet. This is also the cheapest Windows 10 tablet from Fujitsu today, starting at over $1300. 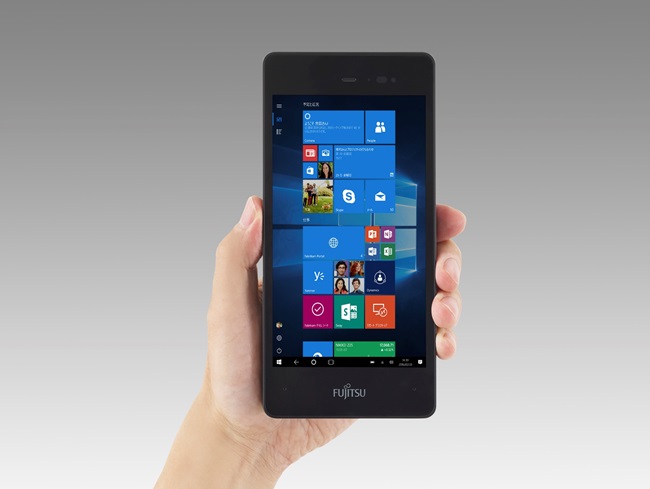 Fujitsu Tablet Arrows Tab Q737/P is a larger 13.3-inch Windows 10 enterprise tablet with a Full HD 1920 x 1080 resolution display that is powered by choices of Intel Core i5 or i7 “Kaby Lake” processors. It has 4GB to 8GB of DDR3 RAM, also at 1600 MHz, and 128GB to 256GB of SSD storage. Depending on confguration and parts, it has an IPX5 to IPX8 dust and waterproof rating, and a fingerprint sensor, with the possible extension of a smart card.

All of the Fujitsu enterprise tablets are launching during Q1 2017, starting in Japan, with select models launching in additional markets just a little later, in the $1300 to $2400 price range.