Now that Amazon has release the new Fire 7, their latest 7-inch tablet, it’s time to take a quick look at its performance.

Since the 2022 model Fire 7 has both a faster and more efficient processor, as well as more RAM, it makes it correct for Amazon to state that the new model is 30% faster than the predecessor.

It’s powered by a mostly similar ARM Cortex-A53 2.0 GHz MediaTek MT8168 processor with a Mali-G52 GPU used in the Fire HD 8 tablets, so you can use that for comparison. So the Fire 7 achieves a CPU Mark Comparison score of 1,144 in the first round of PassMark benchmarks.

But the Fire 7 performance has also increased because it is the first Fire tablet to launch with the most updated Android 11 based Fire OS 8 operating system, and that helps to make the most out of the hardware too. 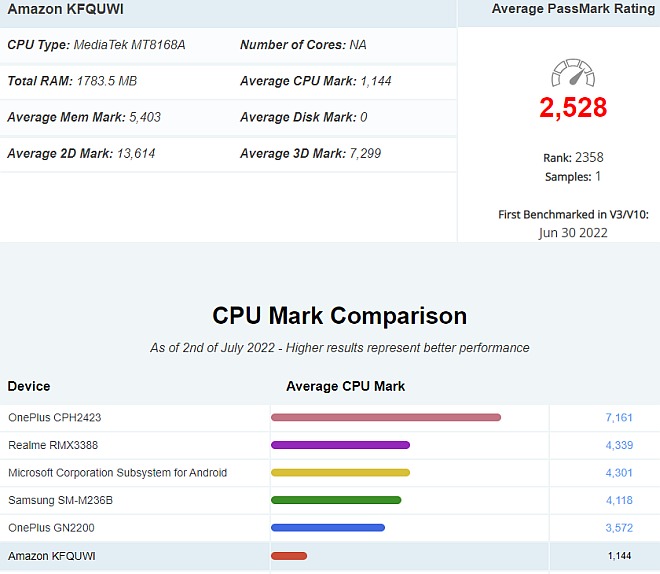