The Facebook Messenger Kids app was first introduced for Apple’s iPhones and iPads on December 4th last year, but at first it was not available for Amazon’s Fire tablets, one of the bestselling tablets in the world. But it didn’t take more than a month before that was sorted as the Facebook Messenger Kids app for the Fire OS of Fire tablets was made available two days ago.

The Messenger Kids app differs from the regular Messenger app in that in can be controlled from a parent’s Facebook account, which is a move intended to protect kids while still giving them access. The app is also ad free and Facebook says that the kids information isn’t used for ads either.

Parents can then do things like approve contacts, see who their kids talk to, or see when their kids contacts are online. The kids can use the messenger app like other messenger apps with masks, emojis, bitmoji, and similar filters to play around with, and send photos like in the regular messenger.

Kids can also easily notify their parents about something if there’s anything that makes them feel uncomfortable when using the messenger, and they can block people themselves too. 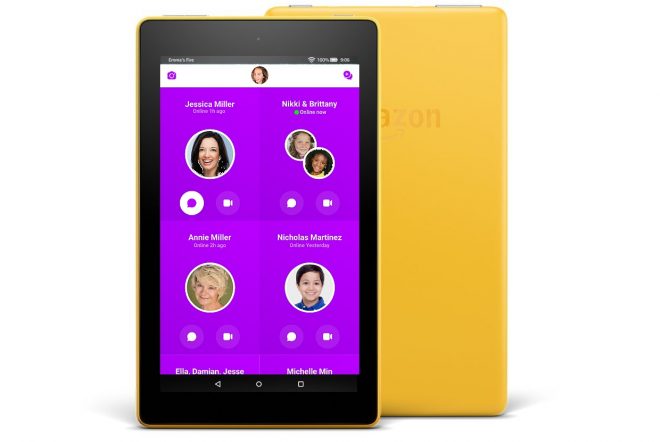