Here’s another area where tablet computers excels. EyeTech Digital Systems has announced that they have depolyed their 14-inch medical tablet computer EyeOn LifeLine to hospitals for patients who may be unable to communicate through anything other than their eyes.

Through a particular set of eye tracking sensors, a users, in this case a patient, can run various apps on the tablet simply by looking at objects for a set time in a set way, almost in the same way that you would navigate with clicks and movements of a mouse.

But for audible communication with others, a user can also use an eye tracking gaze-to-speech program to enable spoken communication after a patient has chosen words or made new words and sentences which will be converted to both text on the display and audible speech on this medical tablet computer. 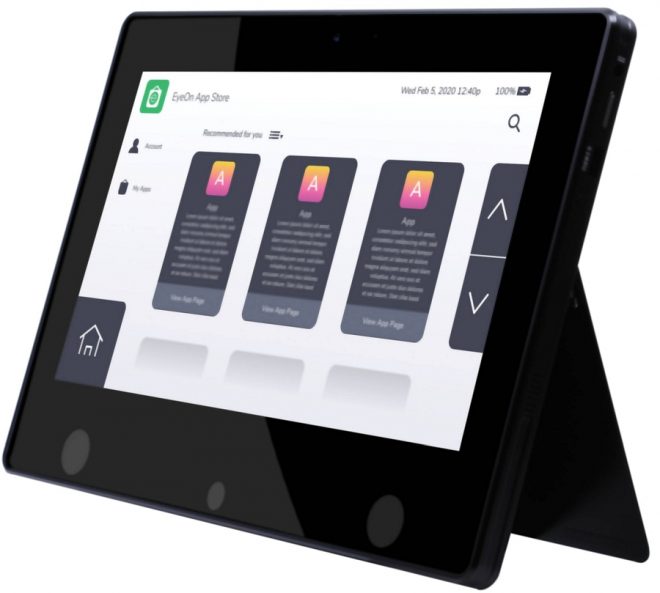 To calibrate it individually between people, a new user goes through a quick exercise so that that tablet will learn that person’s individual characteristics. A calibration score will then be displayed, which a user can always chose dimiss and instead calibrate again if they later feel the calibration wasn’t adequate.

Some examples of how EyeTech Digital Systems softwares can be used, is demonstrated in the video below, as some of their software is avilable for Windows tablets and laptops too.

EyeOn LifeLine also says they are donating $500 to the American Nurses Foundation for each tablet depolyed these days.