The Eve V has had its first official picture published by Eve Tech of what used to be known as the Eve Pyramid Flipper project. But now Eve Tech have announced that their pre-order campaign will start on Indie GoGo on November 21.

The specs are not totally confirmed yet. They just appear very close to the advisory specs that were announced in June.

So far the only confirmed specs of this Windows 10 2-in-1 tablet are a 7th gen. Intel Core “Kaby Lake” processor, Thunderbolt 3, and what they claim to be the “best-in-class battery life.”

It looks very similar to the Surface Pro 4, and despite there being no leaks on new Surface Pro 5’s yet with Intel Core “Kaby Lake” processor, Microsoft’s current SP4’s just went on sale again ahead of Microsoft’s Windows 10 event in 6 days. Is Microsoft clearing out inventory? 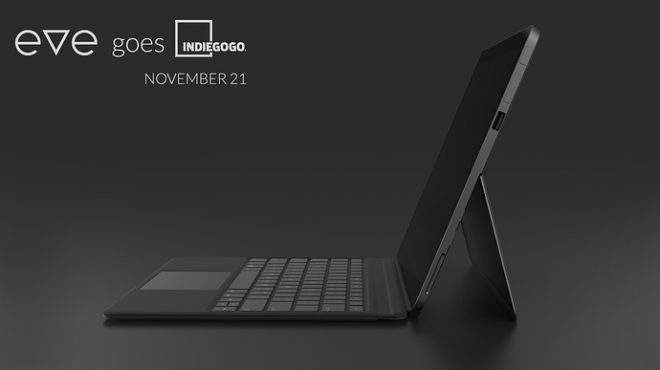 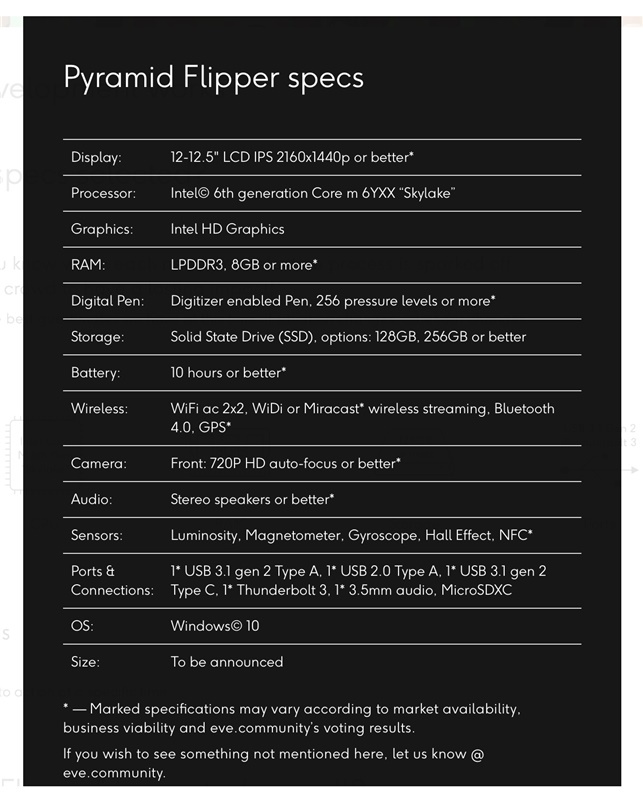