The Eve Pyramid Flipper project that was announced in April has now seen an upgrade in the the specs that are likely to find its way into the 12-inch Windows 10 tablet.

Pyramid Flipper is the next product from Eve Tech after their 8-inch Windows tablet Eve T1.

Eve Pyramid Flipper is now locked with the upcoming 7th. gen Intel Core processor “Kaby Lake” that will be launched later this year, as well as with Thunderbolt 3, and a very long battery life.

The Eve Pyramid Flipper project will get more specs locked in within the near future. So now people are very curious about the possible price and funding campaign for it. 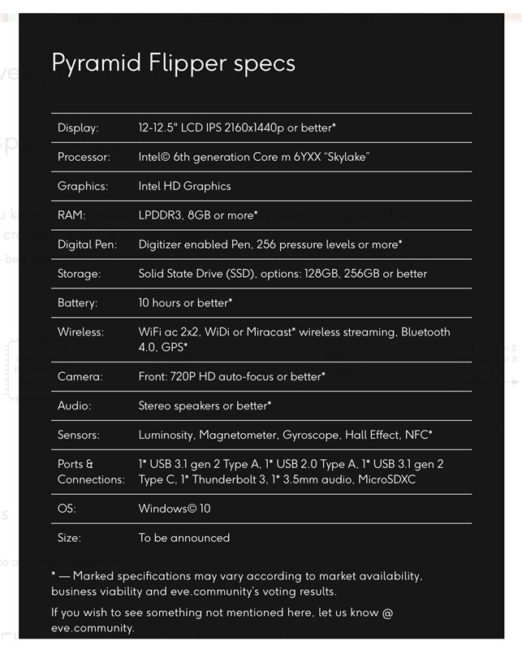